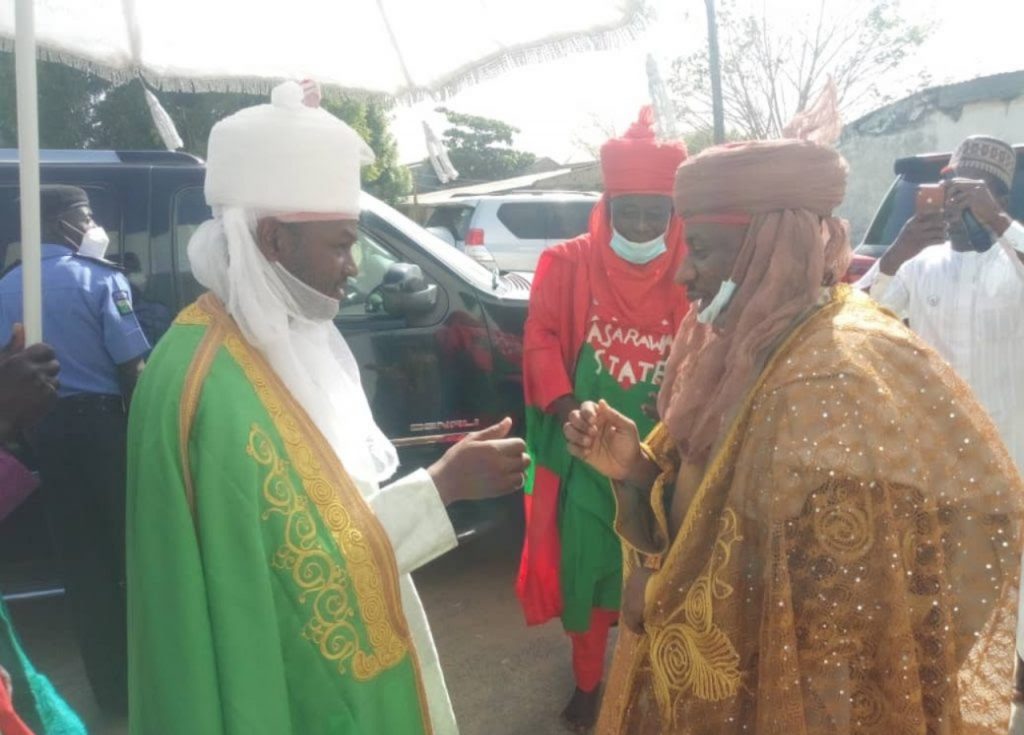 The Federal Government has been charged by the Emir of Awe in Nasarawa State, Idaho Abubakar Umar, to work with traditional rulers in ensuring the security of lives and property in Nigeria.

The Emir stated this during a condolence visit to the Emir of Kaura Namoda, Maj. Sanusi Muhammad Asha, (rtd) whose eight aides were killed by suspected terrorists in December, 2020.

The monarch charged the government and security operatives to work with traditional rulers in issues related to the security of the country.

He further stated that traditional rulers should be given adequate support to play their constitutional role in addressing the insecurity affecting the nation.

The Emir of Kaura Namoda, Maj. Sanusi Muhammad Asha, (rtd) while speaking, commended the Emir of Awe for the visit.

The monarch further stated that plans have been put in place to regain the role of traditional rulers in governance and security architecture of the country.

The Emir of Kaura Namoda called on the government and traditional institutions to keep on working as frontiers in solving security challenges and provide modalities to move the country forward.

It earlier reported that two army sources on Monday disclosed to AFP that thirteen soldiers have been killed in an ambush by jihadist fighters from the Islamic State West Africa Province group in volatile northeastern Nigeria.

It was reported that the heavy gunfire and rocket-propelled grenades hit a military convoy in Gazagana village, 30 kilometres from Yobe state capital Damaturu on Saturday.