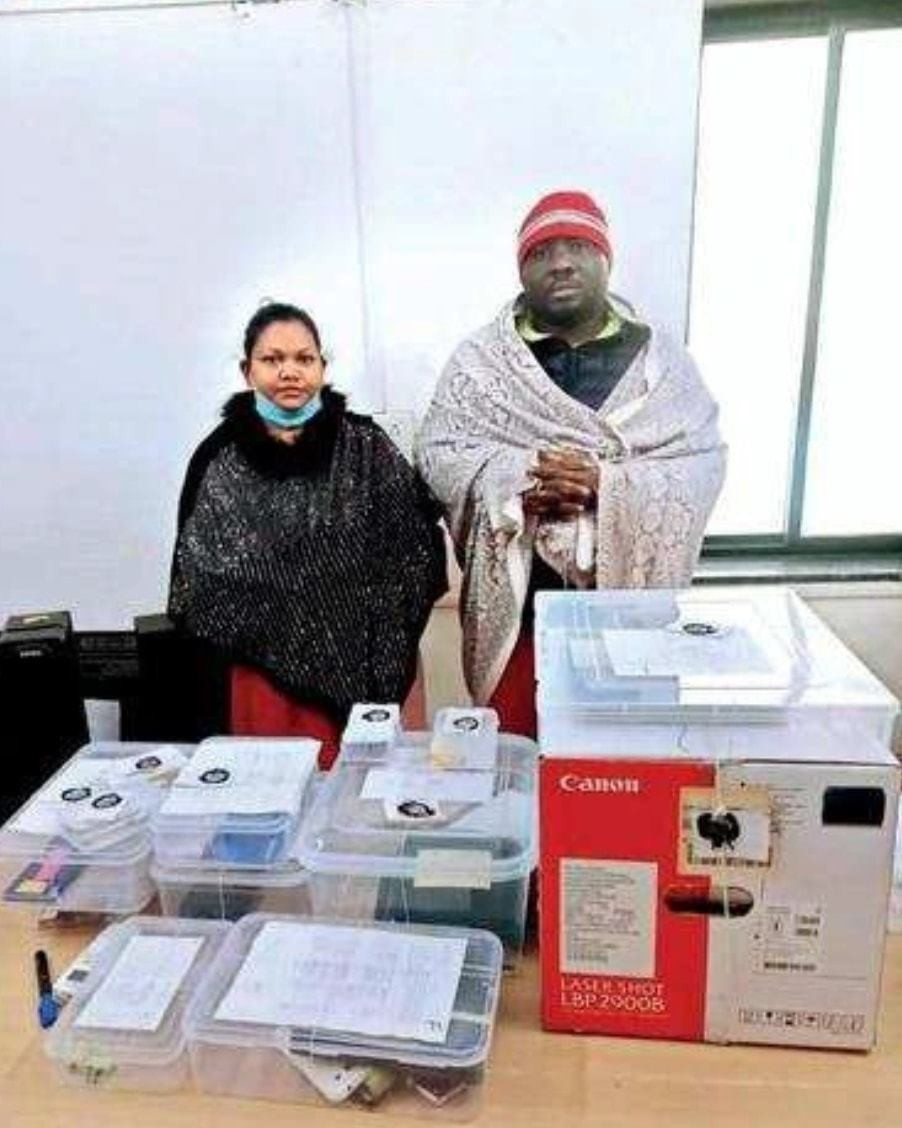 A Nigerian man has found himself in trouble after duping an unsuspecting victim N19 million.

A Nigerian scammer has been caught by security operatives in India.

The man identified simply as John was arrested alongside his Indian wife for allegedly duping a 28-year-old school teacher of nearly Rs 37 lakh (N19,217,395) after befriending her on a matrimonial site, Jamnagar police said on Friday, January 8.

The accused identified simply as John faked his identity and offered to marry the teacher after seeing her advertisement on a matrimonial website.

The victim paid the amount in a number of instalments over the past six months. The money was deposited in separate bank accounts.

According to Jamnagar cybercrime cell, John called up the teacher identifying himself as Rahul from the US and made a marriage proposal saying that he had seen her details on the matrimonial website. The duo started chatting regularly and one day, he offered to send her an expensive gift.

Meanwhile, the teacher started getting calls from a woman who asked her to deposit some amount in a particular bank for getting the gift parcel released from New Delhi.

This continued for nearly six months and the teacher kept depositing money in various bank accounts as asked for by the couple.

“However, she realized something was fishy and contacted us. Based on the numbers she shared, we traced the couple’s location to a hotel in Delhi and arrested them on Thursday,” said KJ Bhoi, police inspector, Jamnagar cyber crime cell.

The cops arrested John and his wife Savita Bhalekar, who is an Indian. She was the accomplice who called the teacher severally identifying herself as Suma Kumari.

“We suspect that the couple has cheated many people using similar modus operandi. More details will emerge after scanning through the data in their gadgets.” said Bhoi.