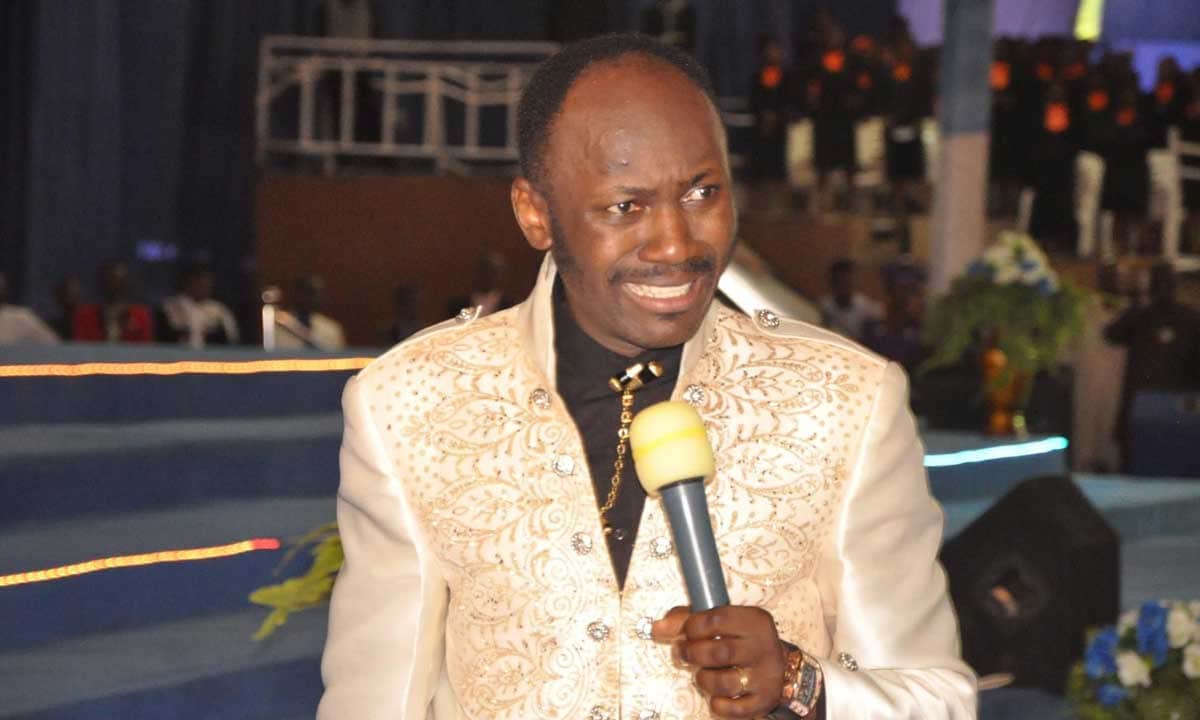 The General Overseer of Omega Fire Ministries (OFM), Apostle Johnson Suleman, has released a powerful prophecy for the second week of January 2021.

The popular clergyman revealed what God will do this new week.

Apostle Suleman prayed in his prophecy that “May you be supernaturally protected,divinely defended and gracefully favored this week in Jesus name.”

He also prayed that this week, “you be divinely defended and gracefully favored this week in Jesus name.”

Meanwhile, the Presidential spokesperson, Garba Shehu on Sunday submitted that President Muhammadu Buhari has put an end to ground corruption in Nigeria.

Speaking as a guest on TVC’s programme, Shehu said the Peoples Democratic Party (PDP) had entrenched corruption during its sixteen-year rule between 1999 and 2015 but Buhari has stopped the kind of corruption common under the PDP.

“This government under President Buhari has stopped ground corruption. As I said, people will pull out money from Central Bank of Nigeria (CBN), put it on the table and just go home. Today in Nigeria, you cannot do that in daylight and take money from treasury and nothing will happen. High people have been locked up and sent away from office. People have been jailed, governors, whatever,” he said.