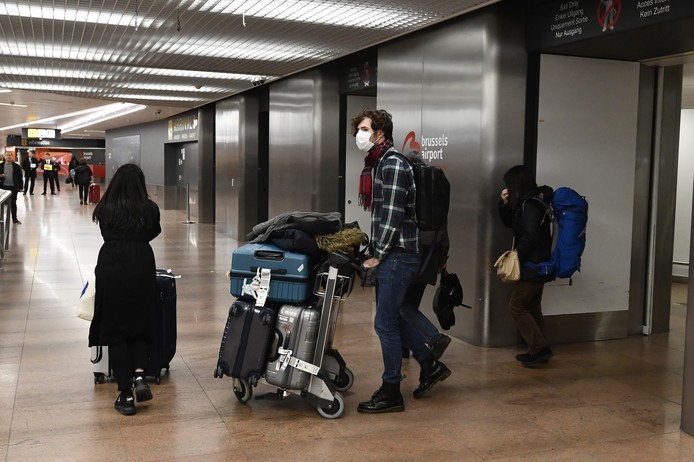 The number of confirmed Covid-19 infections in the Brussels-Capital Region is rising again, “very likely” due to the returning travellers after the Christmas holidays.

“We are seeing a marked increase of 23% in the number of confirmed infections in Brussels,” said virologist and interfederal Covid-19 spokesperson Steven Van Gucht during a press conference on Friday.

“The rise is particularly noticeable among adolescents and adults, which is very likely due to the return of travellers at the end of the Christmas holidays,” he said, adding that they were tested en masse.

However, the number of patients admitted to hospital in Brussels is also rising slightly, and that figure is not dependent on the testing policy, Van Gucht added.

Additionally, the infection figures in the provinces around the Brussels-Capital Region are also going up, by 11% in Flemish Brabant, and by 27% in Walloon Brabant.

“In total, about 5% of all established infections in Belgium now are due to returning travellers,” Van Gucht said, adding that the figure was below 1% before the Christmas holidays.

On average 3.7% of returning travellers test positive. “However, this percentage varies greatly from country to country, ranging from 2% to 12.5%,” he said.

According to biostatistician Geert Molenberghs (UHasselt and KU Leuven), this figure corresponds to between 2,500 to 5,000 travellers who returned to Belgium with a coronavirus infection.

The nature of the trips taken over the Christmas holidays likely also played a part in the rising figures, Molenberghs said.

“It was not about people staying in a vacation home, but about people visiting family members and therefore having close contacts,” he added.