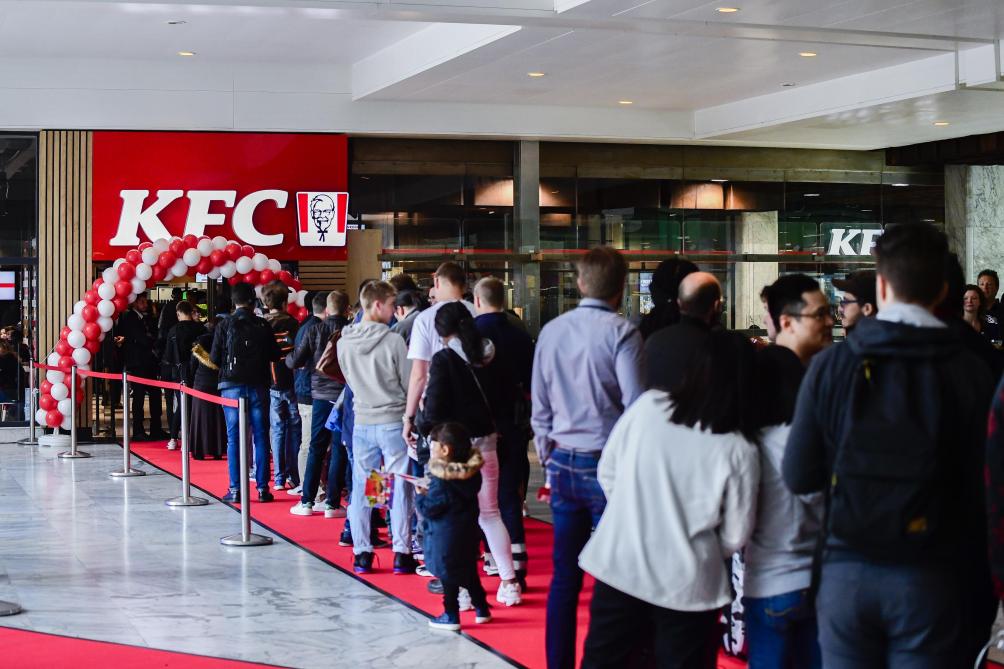 Autogrill, the company that operates the KFC at Brussels’ Gare du Nord station, has announced that it will take STIB and the Brussels-Capital Region to court, after the news it would have to close shop in a few months.

The company accuses that the sale of the Centre de Communication Nord (CCN) building – which means it will have to close on April 30, 2021 – had been hidden from them when they took the lease in June 2019.

The location was the first for the American fried chicken chain in Brussels, which saw massive crowds at launch. Speaking to The Brussels Times on launch day, Steven Deman, Chief Operating Officer of Autogrill called the location “the perfect place to set foot in Belgium”.

Further expansion plans within Brussels were met with difficulties, meaning that while others opened in Belgium, no more stores opened the capital.

The duration of the operating agreement given to Autogrill – the Italian company that had won the KFC franchise – was ten years, but the building has been sold and the new owners (AXA Bank) want to completely renovate it, L’Echo reported on Friday.

As this change will spell and end to the agreement, KFC will have to close its doors on April 30, 2021 and make its 22 staff members redundant.

According to the Brussels-Capital Region – the current owners of the building – the sale of the CCN building had been announced at the time of the tender in August 2018. Despite this, Autogrill says it has been misled and believes the organizations are guilty of breaches of their reporting obligations.

Depending on the costs incurred and the loss of income, Autogrill claims it is owed more than 7 million euros.