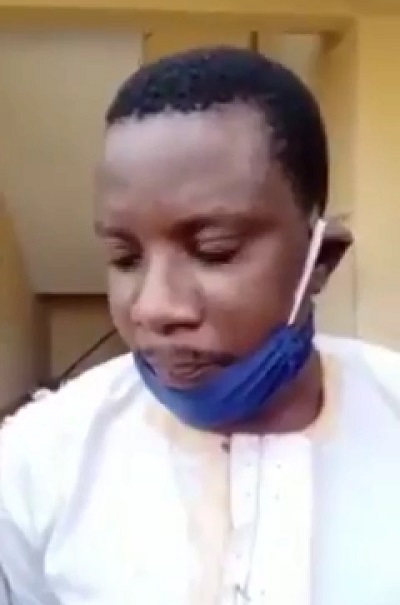 A Nigerian man has revealed how he was arrested by the police after killing his girlfriend and selling her head to an alfa.

A suspect in police custody has revealed how he killed his girlfriend and sold her head to an alfa.

According to him, he sold the head of his girlfriend for N20,000.

He said that the money he got from selling his girlfriend’s head was spent on drinks with friends.

He also disclosed that apart from killing his girlfriend, he murdered another victim and also sold the person’s head to the alfa.

The man said he killed his girlfriend after he dated her for 4 months. He invited her over for the night and she came to spend the night with him, during the night he seized her breath till she died and then sold her head.

Explaining how he was caught, the suspect said the police arrested him when he decided to sell her phone.

He sold her phone to a man in his area. After some time, her phone was traced by the police and the man was arrested.

He brought the police to his house as the person who sold the phone to him then he was captured and queried, before he confessed to the crime.