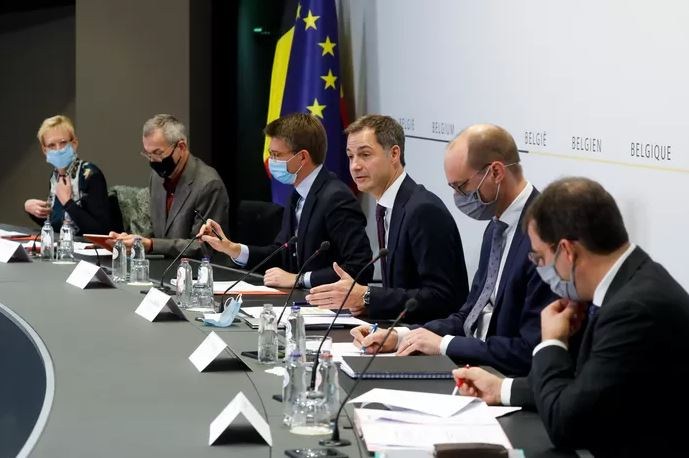 Belgium’s coronavirus measures are unlikely to be tightened or relaxed following the Consultative Committee tomorrow, with politicians seemingly agreeing that it is still too early for changes.

The meeting will take place virtually, and start at 2:00 PM on Friday, the cabinet of Prime Minister De Croo confirmed to The Brussels Times.

Additionally, no press conference is planned afterwards, which seems to imply that no significant changes will be announced.

“Thresholds have been set. We will not have reached them by Friday,” Flemish Minister-President Jan Jambon said in the Flemish parliament on Wednesday.

“The position we are taking – and I sense that there is a consensus among governments on this – is no stricter measures, no relaxations,” he added.

Jambon referred to the thresholds of 800 infections and 75 hospitalisations per day that have to be reached before relaxations will be possible, as previously announced by Federal Health Minister Frank Vandenbroucke.

Currently, Belgium is still recording averages of approximately 1600 infections and 130 hospitalisations per day – roughly twice as high as the thresholds.

Additionally, it is still too early to see the effects of returning travellers after the Christmas holidays and the reopening of schools reflected in the figures.

However, according to virologist and interfederal Covid-19 spokesperson Steven Van Gucht, the country will reach those figures in early February if the figures continue to evolve at this rate.

As Vandenbroucke already stated that once those thresholds are reached, the figures should remain stable for three weeks, rules could begin to relax around 21 February.