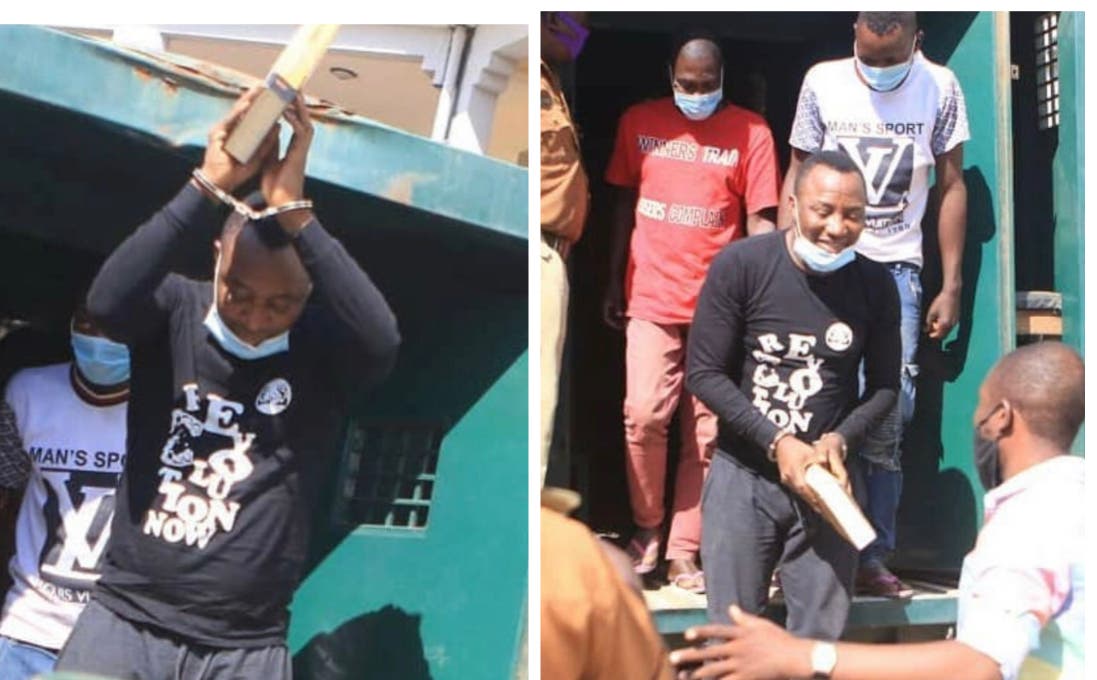 Omoyele Sowore, the publisher of SaharaReporters was reportedly brought to the Chief Magistrate Court sitting in Wuse Zone 2, Abuja in handcuffs on Tuesday, January 5 for a hearing on his bail application.

Recall that Sowore was arraigned alongside four others on a three-count charge bordering on conspiracy, unlawful assembly and incitement on Monday, January 4.

The Magistrate, Mabel Segun-Bello, had ordered the remand of the defendants at the Kuje correctional centre.

Sowore and his co-defendants were brought to the court at about 10:28am with a handcuff on his hand.

The court is yet to approve or deny his bail application.