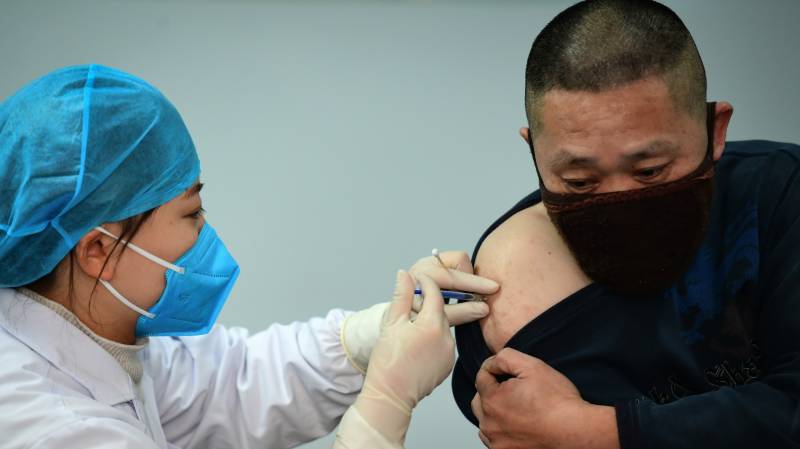 Thousands of people lined up in Beijing Monday to receive a Covid-19 vaccine as China races to innoculate millions before the Chinese New Year mass travel season in February.

More than 73,000 people in the Chinese capital have received the first dose of the vaccine over the last couple of days, state media reported Sunday, including community workers and bus drivers.

Health authorities on New Year’s Eve granted “conditional” approval to a vaccine candidate made by Chinese pharma giant Sinopharm, which the company said had a 79 percent efficacy rate.

An AFP journalist saw people being bussed into a temporary vaccine centre at a central park, after being instructed to fill in electronic forms about their health status and any allergies at an outside gate.

Some were wearing two layers of surgical face masks.

One man surnamed Gu, a catering worker in his 30s, told AFP his employer had booked him a vaccine appointment at the centre, and that he wanted the jab “for peace of mind.”

“I believe any adverse effects will be controllable,” he said.

Footage from state broadcaster CCTV showed queues outside local hospitals and community health centres as people waited to read consent forms and have their temperatures taken before getting the jab.

Health officials said gyms and empty factories were among centres being used for the vaccination programme.

China plans to vaccinate millions this winter in the run-up to Lunar New Year in mid-February.

Beijing has already administered around 4.5 million doses of largely unproven emergency vaccines this year — mostly to health workers and other state employees destined for overseas jobs, according to authorities.

READ  Paternity Scandal: Moyo Thomas Who Was Accused Of Having Affair With FCMB Boss, Breaks Silence

But China now plans a gradual rollout for the vaccine starting with key groups considered to have a high risk of exposure to the virus, including port and food logistic workers and people planning to return to studies abroad.

China — where the coronavirus first emerged late in 2019 — has broadly stamped out the virus inside its borders, introducing swift local lockdowns and mass testing when cases emerge.

But the country has stepped up testing and movement controls after a recent spate of small local outbreaks, including a handful of cases in Beijing.