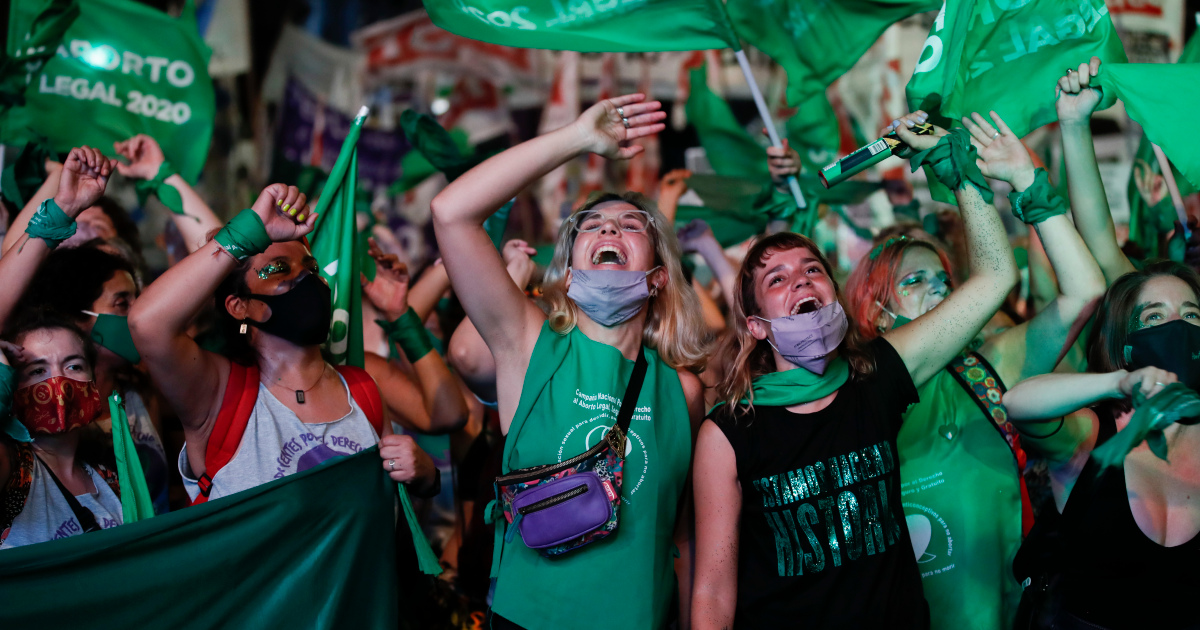 Argentina passed a landmark bill legalising abortion on Wednesday over the objections of its influential Roman Catholic Church. The Senate voted by 38 in favour to 29 against with one abstention to approve a bill allowing the procedure through the 14th week of pregnancy.

“Adopting a law that legalises abortion in a Catholic country as big as Argentina will energise the struggle to ensure women’s rights in Latin America,” said Juan Pappier, a senior Americas researcher at Human Rights Watch.

“Although there will certainly be resistance, I think it’s fair to predict that, as it occurred when Argentina legalised same sex marriage in 2010, this new law could have a domino effect in the region,” Pappier said.

Demonstrators both for and against the bill came from around the country to stand vigil in front of the Senate building in Buenos Aires.

“Argentina is a pro-life country,” one woman, who said she was from Cordoba province, told local television as she sat in a folding chair under an umbrella sheltering her from the Southern Hemisphere summer sun. She and others who knelt in prayer nearby said they opposed changing the law.

Argentina’s Congress has rejected the change before, but this is the first time such a bill has been presented to lawmakers with support from the ruling government. In 2018, before centre-left Peronist Alberto Fernandez was elected president, a similar bill was rejected by a slim margin.

Maria Angela Guerrero of the Campaign for Legal Abortion group, told reporters in front of the Senate she was “cautiously optimistic” the bill would pass this time. Advocates say the measure is needed to protect women who would otherwise risk their lives in unregulated, illegal abortions.

The Catholic Church is calling on senators to reject the proposal, which would allow women to end pregnancies up to the 14th week. Argentina is the birthplace of the current pope, Francis.

Argentine law currently allows abortion only when there is a serious risk to the health of the mother or in cases of rape.

The bill under consideration is accompanied by side legislation aimed at assisting women who want to continue their pregnancies and face severe economic or social difficulties.

Legal abortion is extremely rare in Latin America because of the long history of opposition by the Church. Across the region, abortions are available on demand only in Communist Cuba, comparatively tiny Uruguay and some parts of Mexico.

Pastor Jorge Gomez, head of the Christian Alliance of Evangelical Churches of Argentina (Aciera) joined his Catholic counterparts in protesting the measure.

“I know there are unexpected pregnancies, and I respect the rights of women. But I don’t recognise abortion as a right,” Gomez told reporters.