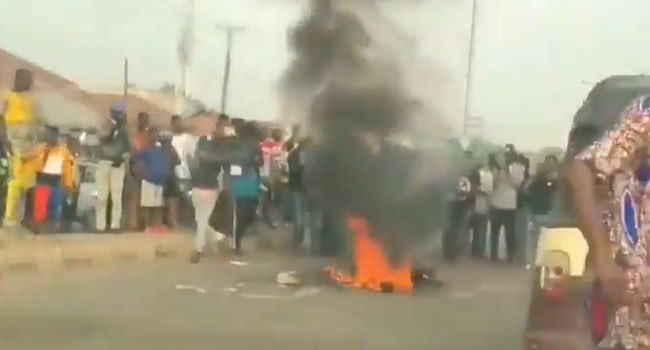 A mob on Monday set two persons ablaze over alleged robbery at Molete and Oke-Ado areas of Ibadan.

The Police Public Relations Officer in Oyo State, SP Olugbenga Fadeyi, confirmed the incident in a statement in Ibadan.

Fadeyi said that the incident occurred in the morning.

He added that one other person was rescued by an Amotekun team and handed over to the police.

According to him, an investigation into the matter had begun to ascertain the immediate and remote causes of the action.

The police spokesman warned the state residents against jungle justice.

“Jungle justice is condemned in strong terms. It has become recurrent in the state.

“If allowed to continue, it will degenerate into what all and sundry will not be able to curb, and many innocent lives will be terminated unjustly,” Fadeyi said.

The spokesman said that the state police command would not condone taking laws into one’s hands.