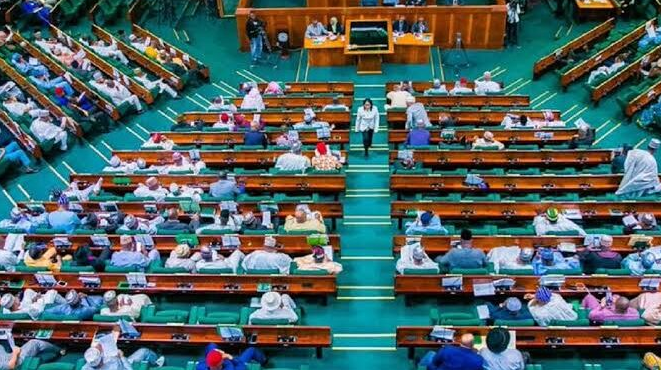 The House of Representatives has denied media reports that it had apologised to President Muhammadu Buhari for inviting him to address the lawmakers on the security challenges facing the country.
A report in The Nation had said that the Green Chambers shelved any immediate or future plans of inviting Buhari to come and explain to lawmakers the rising insecurity in the nation.

Quoting a source in the House, the newspaper said that the invitation had taken ethnic and political dimension, hence the need to drop the topic of inviting the President.

The source noted that some Peoples Democratic Party (PDP) lawmakers wanted to use the avenue to cast aspersions on the administration of President Buhari.

He also said it was discovered that some of the lawmakers who sponsored the motion had apologised to the presidency over their insistence that Buhari must appear before them.

According to the source, the lawmakers claimed that their motion was not intended to embarrass the President, contrary to insinuations in some quarters.

But in a reaction to the report on Monday, Spokesman, and Chairman, Committee on Media and Public Affairs, Hon. Benjamin Kalu, refuted the report, saying it never apologized to the President or Presidency for doing its constitutional duties.

According to Kalu, the Presidency also never sought an apology from the House for inviting the President to come and brief the lawmakers on the security situation in the county.

“It has come to the knowledge of the House that few sections of the media reported that the House apologized to the Presidency over the resolution of the House which arose from the motion sponsored by members from Borno State, requesting for the invitation of the President to brief the nation on the state of insecurity in the country.

“The President of the Presidency as the case may be, never sought for an apology from the House of Representatives for carrying out her constitutional responsibility to the Nigerian electorate. Where then did the media get the report that the House as an institution apologized to anyone? Media professionals are advised to uphold the ethics of their profession.

“For the avoidance of doubt, the House never apologized to anyone for exercising her constitutional mandate and the 9th Assembly of the House of Representatives under the leadership of Speaker Femi Gbajabiamila will not do anything to desecrate or destroy the critical institution of democracy – the Legislature. We strongly believe that President Muhammadu Buhari subscribes to this democratic ethos and ideals as well”, Kalu said in the statement.