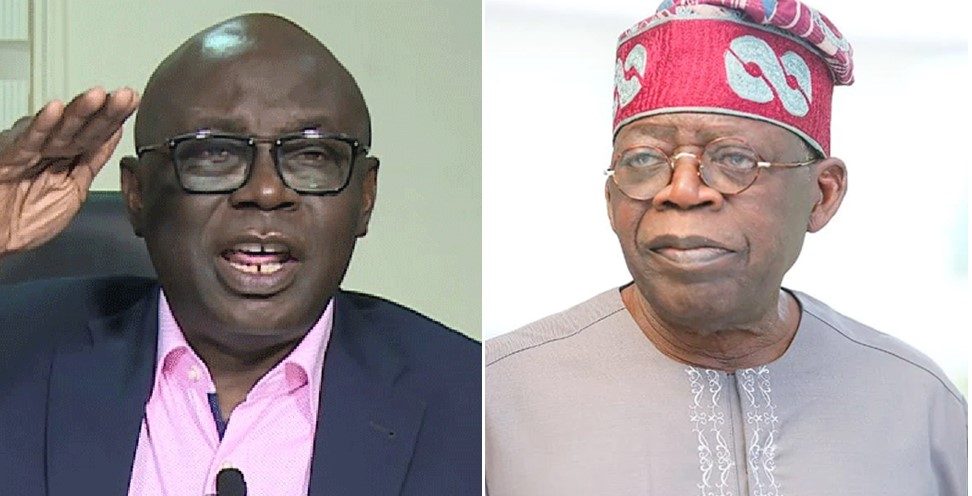 The Overseer of the Citadel Global Community Church in Lagos, Pastor Tunde Bakare, has described those that criticized him for commending a former Governor of Lagos State, Asiwaju Bola Tinubu, as undertakers.
Pastor Tunde Bakare said his commendation of Tinubu’s political success was not an approval of his lifestyle.

Bakare had in a viral video praised the impact of the former governor of Lagos state on Nigeria politics.

Bakare noted that the APC would not have won the 2015 and 2019 presidential election without the political sagacity of Tinubu.

According to the popular clergyman, the APC chieftain delivered Lagos and the South-west from the onslaught of the PDP from 1999 to 2007.

Mixed reactions trailed the message, as many wondered why Bakare, who once spoke against Tinubu turned around to praise him.

But speaking on Sunday at the church’s headquarters in Ikeja, Lagos, Tunde Bakare said nobody was rich enough to pay him for his works, adding that his critics should provide proof he was paid.

In a sermon titled ‘There is None Holy as the Lord,’ the popular cleric wondered why people did not listen to the full sermon before rushing to judge him over the short clip.

“One would have thought that the whole message of over an hour would be listened to so that the context of the clip that went viral would be listened to before judgment is passed by those who considered us to have taken a 360-turnaround compared to the thoughts we had taken previously about the man many love to hate and many hate to love,” he said.

“Instead, the bathwater and the baby were both thrown out by some self-appointed undertakers who think the way forward in our dilemma as a nation is to uproot the tares and separate them from the wheat long before the harvest time ordained by God.

“The same undertakers wilfully forget that the current mixture of the bad, the good, and the ugly in the polity are a result of the negligence of our past and present leaders, who slept on duty and allowed the enemy to sow the tares while the good man had planted good seeds on the ground.”

According to Bakare, many politicians were sleeping while the former Lagos State governor was “working hard and positioning his people in strategic places.”

While insisting that nobody asked him to praise Tinubu, he pointed out that it would be hard to defeat a Tinubu’s candidate in Lagos State.

He said, “As a matter of fact, this past week, this set of individuals went to the extreme of calling me delusional, while others concluded that money must have changed hands for me to say the things that were said contrary to my previous stand concerning the same person.

“You think somebody will pay me for what I am doing? No one is rich enough to do it. No one in this country or elsewhere is rich enough. And I am not for sale because I have been bought. I was bought by the Blood of Jesus Christ on the cross of Calvary and no other price can match that. And if you know of anyone who has given me money at any time to do what I am doing, expose it.”