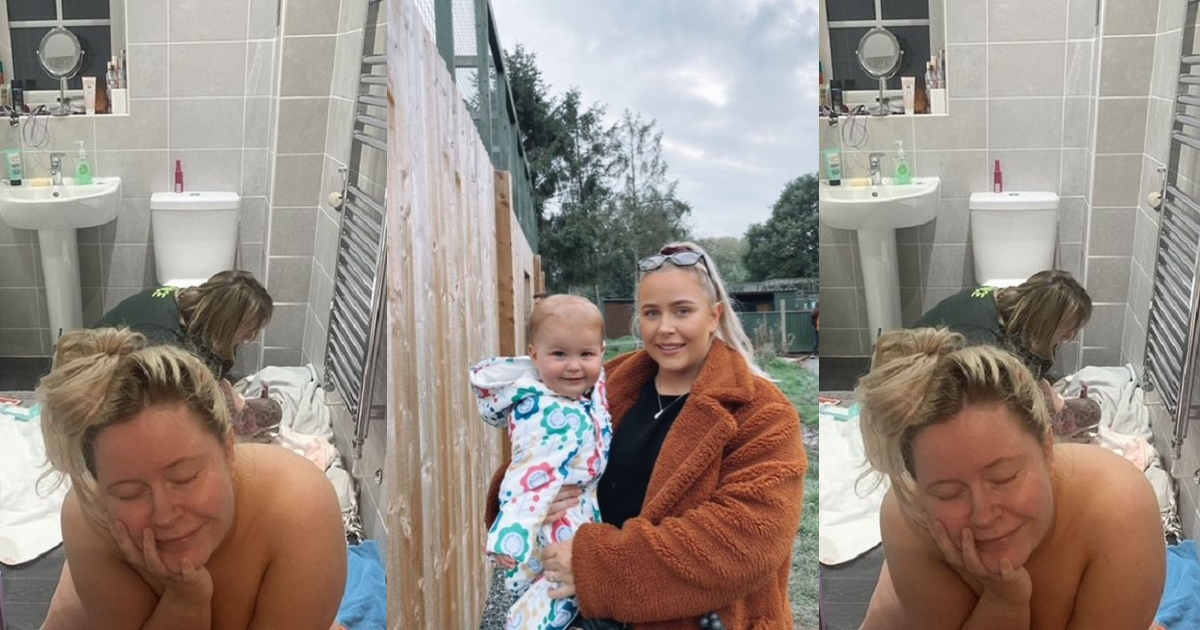 A woman who didn’t know that she was in labour after rushing to the toilet to ease herself because of tummy pain has ended up giving birth.

A woman has become a mother overnight after complaining of agonizing tummy pain. She had rushed to the toilet to relieve herself but ended up giving birth to a baby.

New-mum, Billie Ward had no idea she was in labour. She had been warned she probably wouldn’t give birth on her due date so thought her tummy pains were a false alarm.

“[The day before the birth] I had a few pains at 5am. There was nothing too abnormal but I’d been having these pains for a few days.

“I was also booked in for a sweep on the day, but the midwife had said ‘oh no, your cervix isn’t favourable. You’ve got to shorten it and you’re not going to have your baby on your due date’.

“At 6pm that night I was having period-type pains, it wasn’t abnormal or anything that concerned me.

“I came downstairs at 3.45am. I was biting down on the sofa because I could feel this pain and genuinely thought it was a poo.”

The 22-year-old had been in pain and straining on the loo for around an hour before calling 999 and finding out she was giving birth.

“By this point, no waters had broken. Every time I pushed, I thought ‘I don’t know what that was’. I’d never had a baby…

“I rang 999 at 4.45am, it was not okay. I was biting down and scratching myself because I was in so much pain.

“My mum [Liesa Allcock, 45] had four C-sections so she’d never had a contraction either.

The medical team arrived at 5.05am and found Billie on her bathroom floor with her worried mum, before little baby Arete arrived at 5.10am.

Billie said: “The woman ran up the stairs and said ‘if you give one push, the baby’s going to be here’. She gave me gas and air after I gave birth as my body was in shock, I was shaking.

“Because of how quickly I went into labour, my waters didn’t break. My body wasn’t prepared.

“The paramedic just pulled the sac away from her. Apparently, it’s quite lucky to have a baby on their due date and still in their sac.

“The first thing Josh said was ‘I think I need to get a coffee’. I think he was in so much shock.

“He was like ‘oh my god, what has just happened in my bathroom. I’ve been awake 10 minutes’.”