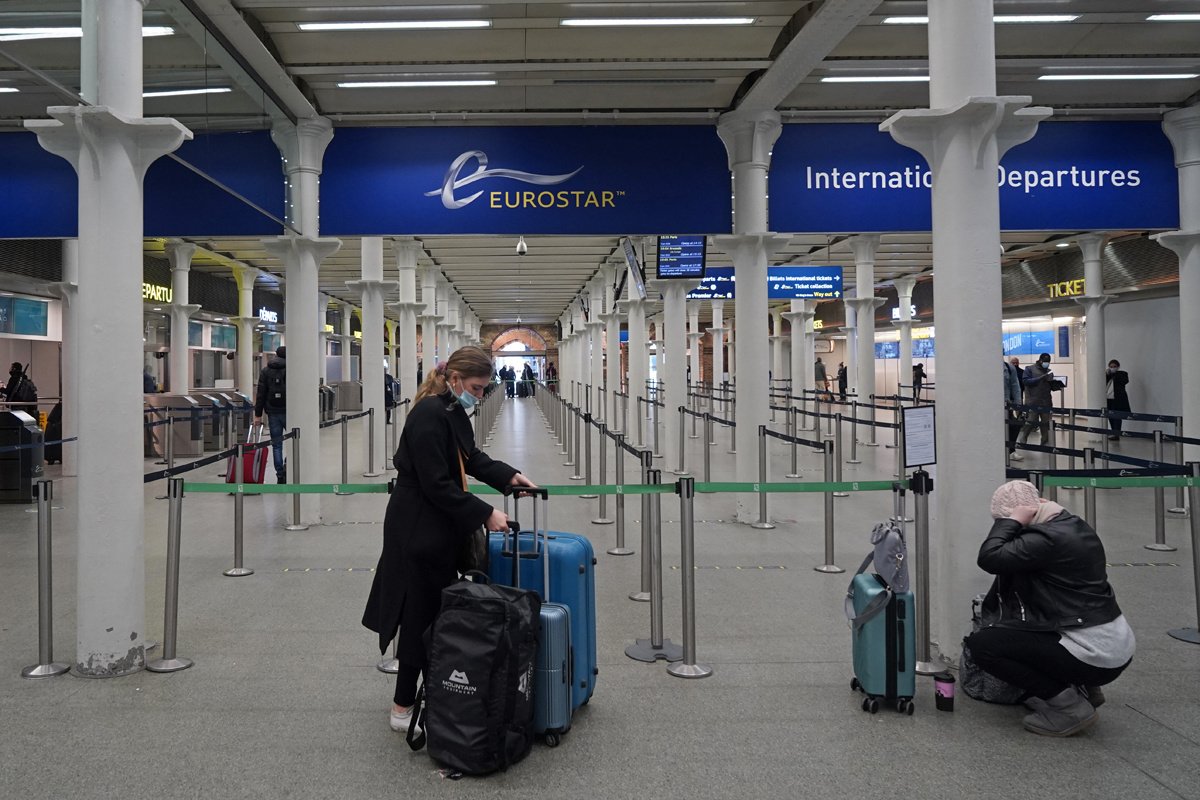 The new variant of the coronavirus that was recently discovered in the United Kingdom has already appeared in Belgium, health officials said during a press conference on Monday.

The new mutation – which has seen the UK return to strict lockdown measures for the holiday period – has also been found “sporadically” in Belgium and the Netherlands, according to virologist and interfederal Covid-19 spokesperson Steven Van Gucht.

In Belgium, the variant has been discovered a total of four times since the end of November, he said.

“It is normal for new variants to emerge constantly, including in our own country,” Van Gucht said. “Some mutations of the virus disappear very quickly, others remain and can become dominant.”

Whether the virus remains or not mainly has to do with the chances the virus gets to spread. “So, it depends on our behaviour,” he said.

Currently, there are a number of indications that the mutation in the UK is more infectious, this has not yet been proven, but according to Van Gucht.

“There is currently no indication that you could get more severely ill from this variant. Nor is there any indication that the vaccine would not work against it,” he added.

The new mutation was found in the UK because the country is investigating the virus en masse, according to him. “The UK is doing better than other countries, and are therefore able to detect new variants more quickly.”

However, the UK’s infection curve is not rising any faster than the curves in other European countries. “Infections are rising rapidly in the UK, yes, but not faster than the Netherlands or the Czech Republic,” Van Gucht.

“We are also at a time of year when viruses of this kind can spread more easily and more quickly,” he said, adding that this will continue to be the case over the coming colder winter months.

According to him, the new variant illustrates the importance of not travelling to red zones at the moment, something that was also stressed during the Consultative Committee’s press conference on Friday.

On Sunday, Prime Minister Alexander De Croo announced that Belgium would close its borders to travellers coming from the UK on Monday for 24 hours as a “precautionary measure.”

Earlier on Monday, virologist Marc Van Ranst said that he believes a lot of countries will discover this particular virus variant over the next few days. “The reverse would surprise me very much,” he said, adding that he understands the “reflex reaction” of the travel ban that many countries imposed, but that “time will tell” if it was necessary.

According to Belgium’s Interior Minister Annelies Verlinden, the travel ban could be extended “for one to two weeks,” but it will only make the call once there has been coordination at the EU level.

In a crisis meeting set for 11:00 AM Monday, EU ambassadors are expected to discuss the implementation of measures, including PCR tests for travellers arriving from the UK, according to an EU official quoted by Belga News Agency.