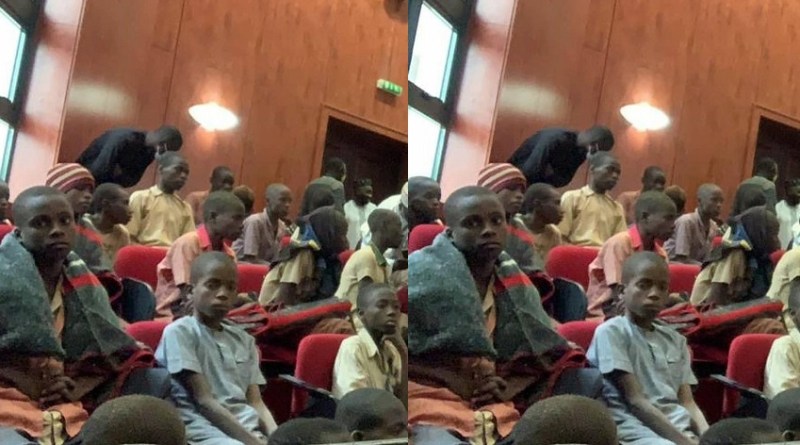 The abducted Kankara school boys of Government Science Secondary School have been released, and have shared the experience while in captivity.

The Governor of Katsina state disclosed that the boys were at Tsafe in Zamfara State and would be transported to Kankara on Friday to reunite with their people.

It was learnt that the 344 students arrived Katsina from Zamfara state earlier today December 18th.

In an interview with Channels TV, one of the boys identified as Aminu stated that he and the others suffered while in the bush.

“We suffered in the bush. Infact, we were hungry in the bush. It took up to two days before we ate in the bush. They usually gave us Cassava to eat. I am not feeling fine. I am sick”. He said.

“At the time we were there, the place was very cold and the food we were taking was just bread and groundnut cake and cassava. The place we were sleeping is the same place we were defecating. In the night if you say you want to go and urinate or defecate, they would beat you and ask you to go back and sleep.”

Abababkar stated that he’s not willing to go back to his school in Kankara until government provides security.

“Nobody amongst us is thinking of going back to that school unless if some forces are there to guide us and control us.

“The school is far away from the town and that is why when they came, before the police and army could come to the school, they had gathered us and packed us into the forest. It is only in terms of security that we have problem at the school”.