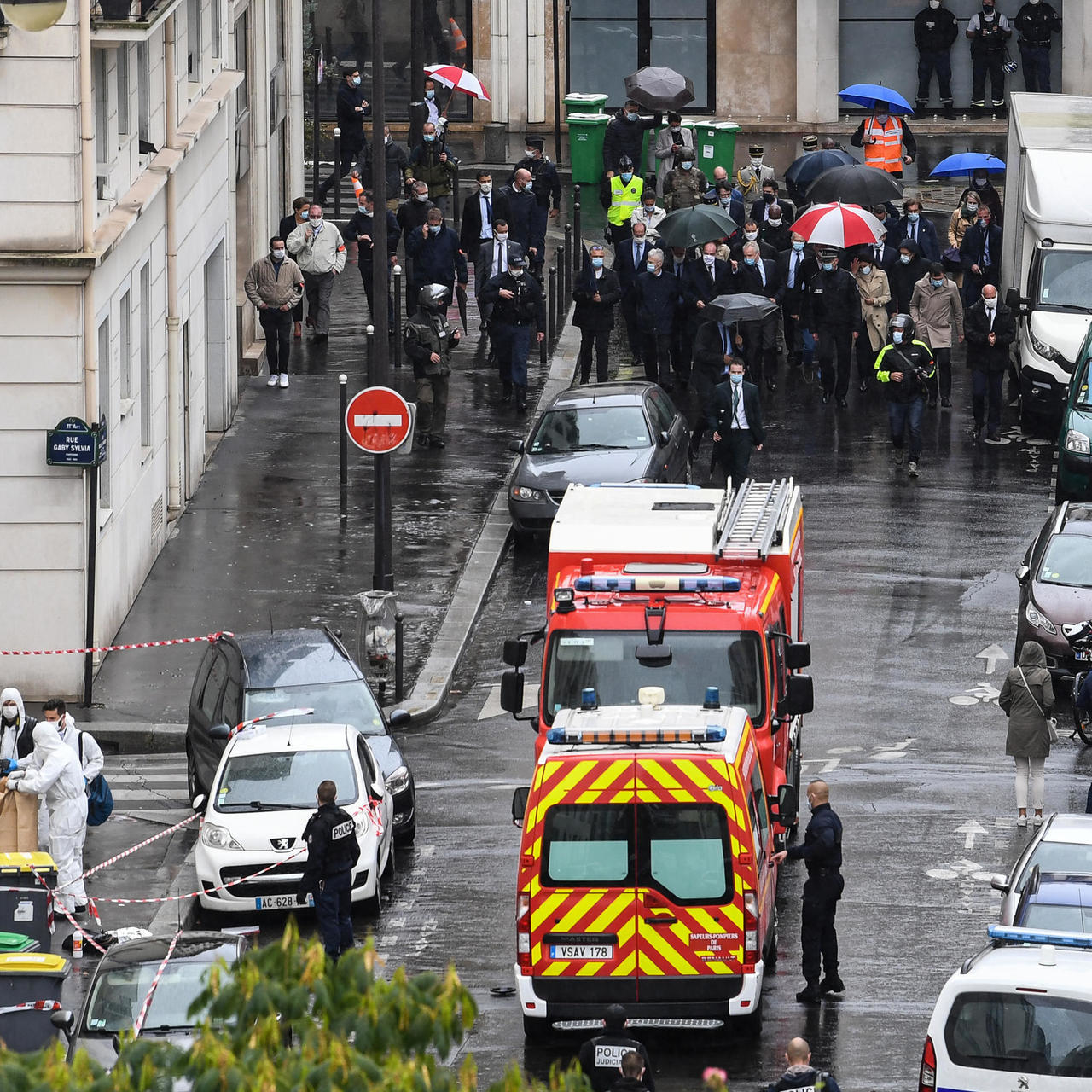 French authorities have charged and detained four Pakistanis suspected of links to a meat cleaver attack by a compatriot outside the former offices of the Charlie Hebdo weekly that wounded two people, the national counter-terrorism prosecutor’s office said Friday.

The four male suspects, aged 17 to 21, were in contact with the attacker, said a source familiar with the case.

They are suspected of being aware of the attacker’s plot and inciting him to carry it out, according to another judicial source close to the investigation.

Three of them were charged on Friday with taking part in a terrorist conspiracy and placed in pre-trial detention. The fourth had already been charged on Wednesday.

Two were arrested in the southwest Gironde department, a third in the northern port city of Caen and the last in the Paris region.

“They share his ideology and one of them expressed his hatred of France a few days before the action,” said one of the sources.

News of the charges comes two days after a Paris court convicted 13 accomplices of the jihadist gunmen who massacred Charlie Hebdo staff in January 2015.

To mark the start of that trial in early September, the magazine had in typically provocative style reprinted cartoons of the Prophet Mohammed.

Three weeks later, a Pakistani man wounded two people outside the weekly’s former offices, hacking at them with a cleaver.

The assailant, named as Zaheer Hassan Mahmoud, 25, was arrested after September’s attack on terror charges and remains in custody.

He told investigators that prior to the attack he had watched “videos from Pakistan” concerning the satirical magazine’s decision to republish the cartoons.

READ  Suspected Cultists On Revenge Mission Arrested By The Police

On October 16, a young Chechen refugee beheaded teacher Samuel Paty, who had shown some of the caricatures to his pupils.

Less than two weeks later, three people were killed when a young Tunisian recently arrived in Europe went on a stabbing spree at a church in the Mediterranean city of Nice.

President Emmanuel Macron’s government has introduced legislation to tackle radical Islamist activity in France, a bill that has sparked anger and protests in some Muslim countries.