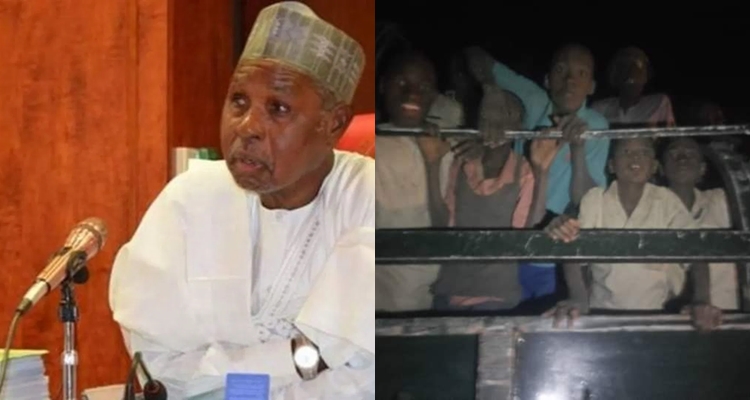 Following the release of the abducted Kankara students, Governor Aminu Bello Masari of Katsina State has disclosed that no ransom was paid.

Masari made this known in an interview with German radio, Deutsche Welle, DW monitored by our correspondent on Thursday night.

The Governor said the release of the students was facilitated by the Miyyeti Allah Cattle Breeders Association of Nigeria, MACBAN, who engage in talks with the bandits and government noting that no single Kobo was paid as ransom.

He said the abductors were bandits and not purported Boko Haram.

According to him, “Some hours ago, those assisting us in talks with the bandits said they have released all children in captivity. About 344 of them. And we have sent vehicles to transport them to Katsina.

“We will direct our doctors to carry out medical examination on the children tomorrow morning. They have spent six-day in the forest. We will change their clothes and we will hand them over to their parents,” Masari said.

Additional information from other government officials, however, showed that the children were released at Tsafe near Zamfara and to be transported back to Katsina, the state capital.

Recall that the boarding students (all boys) were last Friday night kidnapped by bandits who attacked their school and released on Thursday night after spending six nights in the Kidnappers den.