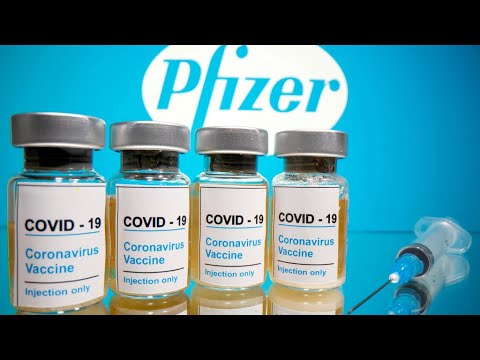 European Union countries could begin coronavirus inoculations as soon as this year, the head of the European Commission said on Tuesday.

This followed the EU drug regulator’s decision to bring forward its possible approval of the Pfizer/BioNTech coronavirus vaccine to December 21.

“Likely that the first Europeans will be vaccinated before end 2020,” Ursula von der Leyen wrote on Twitter after a decision by the European Medicines Agency (EMA) to hold an extraordinary meeting on the Pfizer vaccine on December 21, before a previously planned meeting on December 29.

After possible approval by the EU regulator, the European Commission is expected to formally approve the Pfizer vaccine within three days, after consultations with the 27 EU governments.

Commission decisions on approvals of medicines usually follow the EMA’s recommendations. The approval of the Pfizer vaccine by the Commission is considered a formality if the EMA issues a positive recommendation.

EU countries can begin vaccinations immediately after formal approval by the EU Commission.

Germany, France, Italy and five other European states will coordinate the start of their jab campaigns, the countries’ health ministers said in a joint statement on Tuesday.

The countries will promote “the coordination of the launch of the vaccination campaigns” and will rapidly share information on how it is proceeding, the statement said, along with other commitments on areas such as transparency.

The statement was released by Italy and also signed by the health ministers of Germany, France, Belgium, Luxembourg, the Netherlands, Spain and Switzerland.