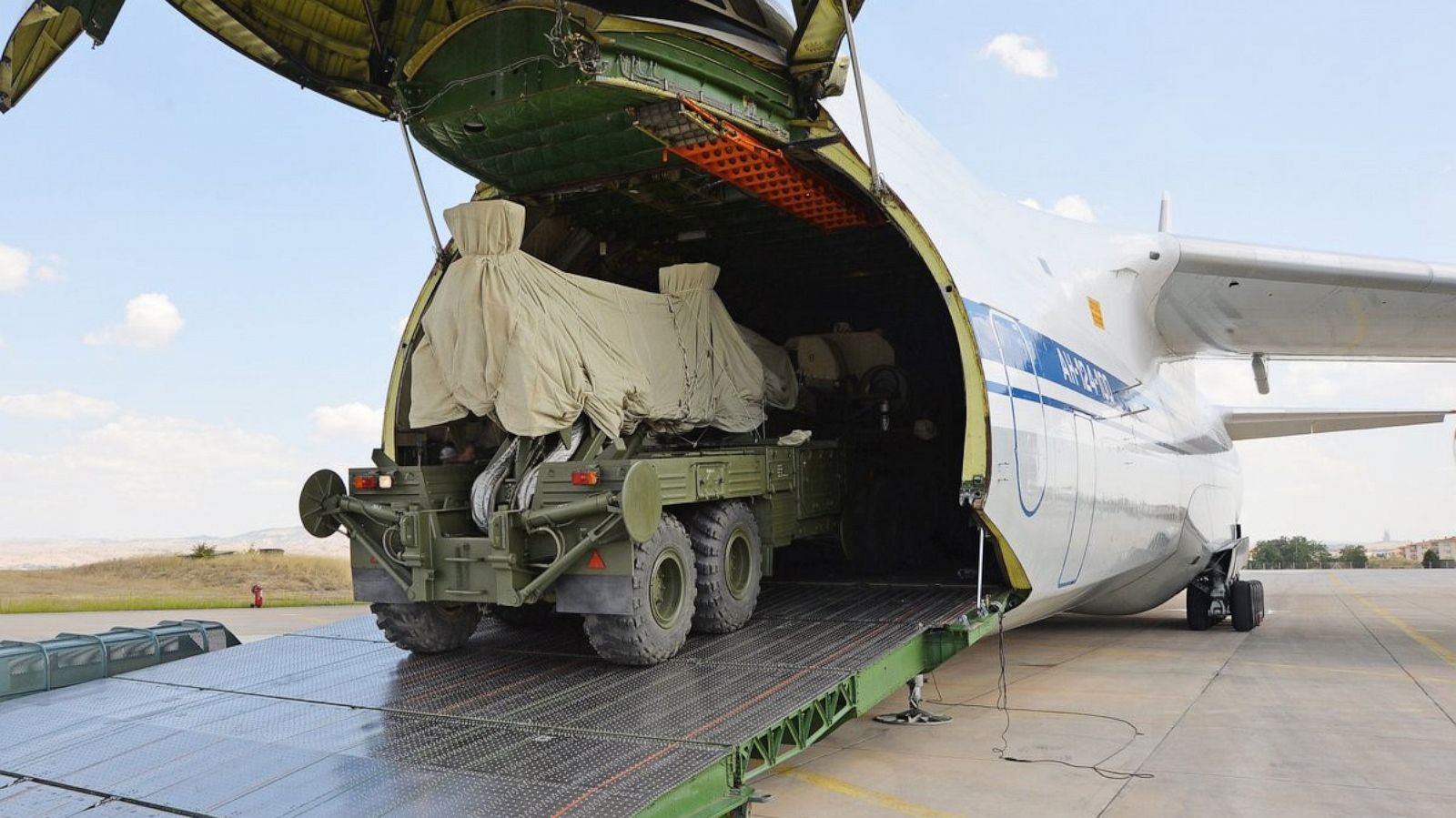 The Trump administration on Monday imposed sanctions on its NATO ally Turkey over its purchase of a Russian air defence system, in a striking move against a longtime partner that sets the stage for further confrontation between the two nations as President-elect Joe Biden prepares to take office.

The extraordinary step against a treaty ally comes at a delicate time in relations between Washington and Ankara, which have been at odds for years over Turkey’s acquisition from Russia of the S-400 missile defense system, along with Turkish actions in Syria, the conflict between Armenia and Azerbaijan and in the eastern Mediterranean.

The sanctions, which were required under a 2017 U.S. law aimed at pushing back on Russia if the administration deemed there was significant cause, add another element of uncertainty to the relationship as Trump winds down his term. The move is the first time that law, known as CAATSA, has been used to penalise a U.S. ally.

Prior to Monday, the U.S. had kicked Turkey out of its F-35 stealth fighter development and training program over the S-400 purchase, but had taken no further steps despite persistent warnings from American officials who have long complained that the system is incompatible with NATO equipment and a potential threat to allied security.

“The United States made clear to Turkey at the highest levels and on numerous occasions that its purchase of the S-400 system would endanger the security of U.S. military technology and personnel and provide substantial funds to Russia’s defense sector, as well as Russian access to the Turkish armed forces and defense industry,” Secretary of State Mike Pompeo said.

“Turkey nevertheless decided to move ahead with the procurement and testing of the S-400, despite the availability of alternative, NATO-interoperable systems to meet its defense requirements,” he said in a statement.

“I urge Turkey to resolve the S-400 problem immediately in coordination with the United States,” he said. “Turkey is a valued ally and an important regional security partner for the United States, and we seek to continue our decades-long history of productive defense-sector cooperation by removing the obstacle of Turkey’s S-400 possession as soon as possible.”

Turkey’s foreign ministry said in a statement it “condemns and rejects” the U.S. sanctions, saying Washington’s one-sided sanctions were beyond understanding.

“Turkey will take the necessary steps against this decision, which will inevitably affect our relations in a negative way, and reciprocate in a way and time it sees fit,” the statement said.

The statement repeated Turkey’s claim that the S-400s would not affect NATO systems.

The ministry called on the U.S. to “turn back as soon as possible from this bad mistake,” adding that Ankara was ready for dialogue and diplomacy.

“It’s yet more evidence of the arrogant attitude (of the U.S.) toward international law, and a manifestation of the illegitimate, unilateral and coercive measures that the U.S. has practiced for many decades now all over the world,” he said during a visit to Bosnia. “Of course, I do not think this does any favors to the United States’ international reputation as a responsible participant in international negotiations, including in military-technical cooperation.”

The sanctions target Turkey’s Presidency of Defense Industries, the country’s military procurement agency, its chief Ismail Demir and three other senior officials. The penalties block any assets the four officials may have in U.S. jurisdictions and bar their entry into the U.S. They also include a ban on most export licenses, loans and credits to the agency.

The administration had held off on imposing punitive sanctions outside of the fighter program for months, in part to give Turkish officials time to reconsider deploying it and, some suspect, due to President Donald Trump’s personal relationship with Turkish leader Recep Tayyip Erdogan. Congress, though, was growing impatient with the delays and had demanded action.

Despite the U.S. warnings, Turkey in past months had moved ahead with deployment and testing of the S-400 system, drawing criticism from lawmakers and others who have demanded the sanctions be imposed under the Countering America’s Adversaries Through Sanctions Act, or CAATSA, which mandates penalties for transactions deemed harmful to U.S. interests.

Coming just weeks before Biden assumes office, the sanctions pose a potential dilemma for the incoming administration, although the president-elect’s team has signaled it is opposed to Turkey’s use of the S-400 and the disunity within NATO it may cause.

“We very much regret that this has been necessary,” said Chris Ford, one of the State Department’s most senior arms control officials.

“Imposing sanctions on a NATO ally is not something we take lightly,” said Matthew Palmer, a senior official in the State Department’s Bureau of European Affairs.

Last month, Turkish Defense Minister Hulusi Akar said Turkey was prepared to discuss with the U.S. its “anxiety” over the interoperability of the S-400s and the F-35s. The U.S. reacted coolly to the suggestion and Pompeo shortly thereafter pointedly did not meet with any Turkish government officials on a visit to Istanbul.

Turkey tested the missile defense system in October for the first time, drawing a condemnation from the Pentagon.

Ankara says it was forced to buy the Russian system because the U.S. refused to sell it American-made Patriot missiles. The Turkish government has also pointed to what it considers a double standard, as NATO member Greece uses Russian-made missiles.