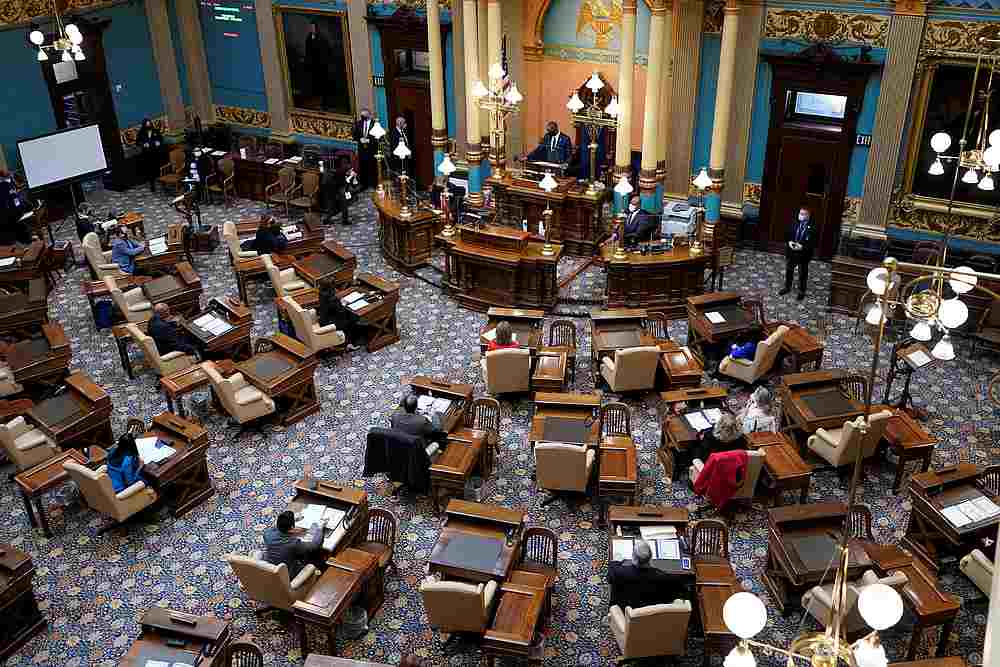 President-elect Joe Biden delivered a forceful rebuke on Monday to President Donald Trump’s attacks on the legitimacy of his victory, hours after winning the state-by-state Electoral College vote that officially determines the U.S. presidency.

“In this battle for the soul of America, democracy prevailed,” Biden said in a prime-time speech from his hometown of Wilmington, Delaware. “Now it’s time to turn the page, as we’ve done throughout our history – to unite, to heal.”

Biden speaks after US Electoral College confirms his win

Monday’s vote, typically a formality, assumed outsized significance in light of Trump’s extraordinary effort to subvert the process due to what he has falsely alleged was widespread voter fraud in the Nov. 3 election.

California, the most-populous U.S. state, put Biden over the 270 votes needed to win the Electoral College when its 55 electors unanimously cast ballots for him and his running mate, Kamala Harris. Biden and Harris – the first woman, first Black person and first Asian American to become vice president-elect – will be sworn in on Jan. 20.

In a roughly 13-minute speech, Biden, the Democratic former vice president, called for unity while voicing confidence that the country’s democratic institutions had held in the face of Trump’s attempts to reverse the election outcome.

“The flame of democracy was lit in this nation a long time ago,” Biden said. “We now know that not even a pandemic or an abuse of power can extinguish that flame.”

Biden emphasised that Trump and his allies filed “dozens and dozens” of legal challenges to the vote totals without success, including a Texas lawsuit that asked the U.S. Supreme Court to invalidate four states’ results. The court, including three Trump appointees, rejected the bid with no dissents last week.

He also noted that his 306-232 margin in the Electoral College was the same as Trump’s 2016 victory, which the Republican described as a “landslide.”

Under a complicated system dating back to the 1780s, a candidate becomes U.S. president not by winning the popular vote but through the Electoral College system, which allots electoral votes to the 50 states and the District of Columbia based on congressional representation.

Electors are typically party loyalists who are unlikely to break ranks, and few observers had expected Monday’s vote to alter the election’s outcome. With Trump’s legal challenges floundering, the president’s dim hopes of clinging to power rest in persuading Congress not to certify the Electoral College vote in a special Jan. 6 session – an effort all but certain to fail.

Trump had also pressured Republican lawmakers in battleground states that Biden won, such as Pennsylvania and Michigan, to set aside the vote totals and appoint their own competing slates of electors. But lawmakers largely dismissed the notion.

“I fought hard for President Trump. Nobody wanted him to win more than me,” Lee Chatfield, Republican speaker of the Michigan House of Representatives, said in a statement. “But I love our republic, too. I can’t fathom risking our norms, traditions and institutions to pass a resolution retroactively changing the electors for Trump.”

Some Trump supporters had called for protests on social media, and election officials had expressed concern about the potential for violence amid the president’s heated rhetoric. But Monday’s vote proceeded smoothly, with no major disruptions.

In Arizona, at the beginning of the electors’ meeting there, the state’s Democratic secretary of state, Katie Hobbs, said Trump’s claims of fraud had “led to threats of violence against me, my office and those in this room today,” echoing similar reports of threats and intimidation in other states.

“While there will be those who are upset their candidate didn’t win, it is patently un-American and unacceptable that today’s event should be anything less than an honored tradition held with pride and in celebration,” Hobbs said.

In Lansing, Michigan, where Trump supporters on Facebook had urged protesters to gather outside the state Capitol, only a handful showed up. Bob Ray, 66, a retired construction worker, held a sign that read: “Order a forensic audit,” “save America” and “stop communism.”

Electors received a police escort to and from the building. One elector, Marseille Allen, told MSNBC she wore a bulletproof vest at the urging of family and friends.

A small group of Republicans who claimed to be electors for their party sought to gain access to the Capitol building as the proceedings were getting under way but were refused entry by police.

They asked for a slate to be delivered to Democratic Governor Gretchen Whitmer, but the officer at the door told them he would not deliver the paperwork and that they should contact officials independently.

Trump said late last month he would leave the White House if the Electoral College voted for Biden, but he has since shown little interest in conceding. On Monday, he repeated a series of unsupported claims.

“Swing States that have found massive VOTER FRAUD, which is all of them, CANNOT LEGALLY CERTIFY these votes as complete & correct without committing a severely punishable crime,” he wrote on Twitter.

Trump’s sole remaining gambit is to convince Congress to reject the results in January.

Under federal law, any member of Congress may object to a particular state’s electoral count during the Jan. 6 session. Each chamber of Congress must then debate the challenge before voting by simple majority on whether to sustain it.

The Democratic-controlled House of Representatives is sure to reject any such challenge, while senior Republicans in the Senate on Monday dismissed the idea of overturning the result.