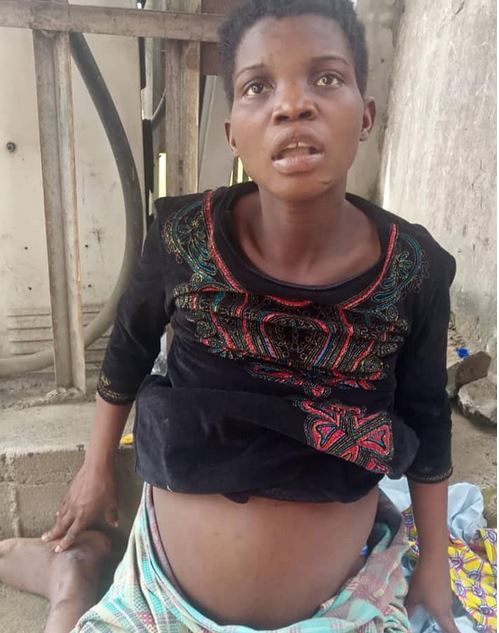 The lady who was at the brink of death has now been admitted after Nigerians came to her aid.

Happiness Abraham, the 20-year-old lady who was found lying along the road with a dead foetus in her womb in Rivers State, has now been admitted to the University of Port Harcourt Teaching Hospital.

According to the group, the unidentified man brought Happiness from Akwa Ibom to Rivers state under the guise of marrying but once she became pregnant, he abandoned her.

“Twenty year Miss Happiness Abraham whose womb was ruptured and baby also died in the womb after a man who brought her from Akwa/Ibom under the guise of marrying her impregnated her and abandoned her. She was left at the mercy of death but after we raised alarm, kind hearted Nigerians rally round her and she was taken to University of PortHarcourt Teaching Hospital where she is being admitted. We thank everybody who made it possible”