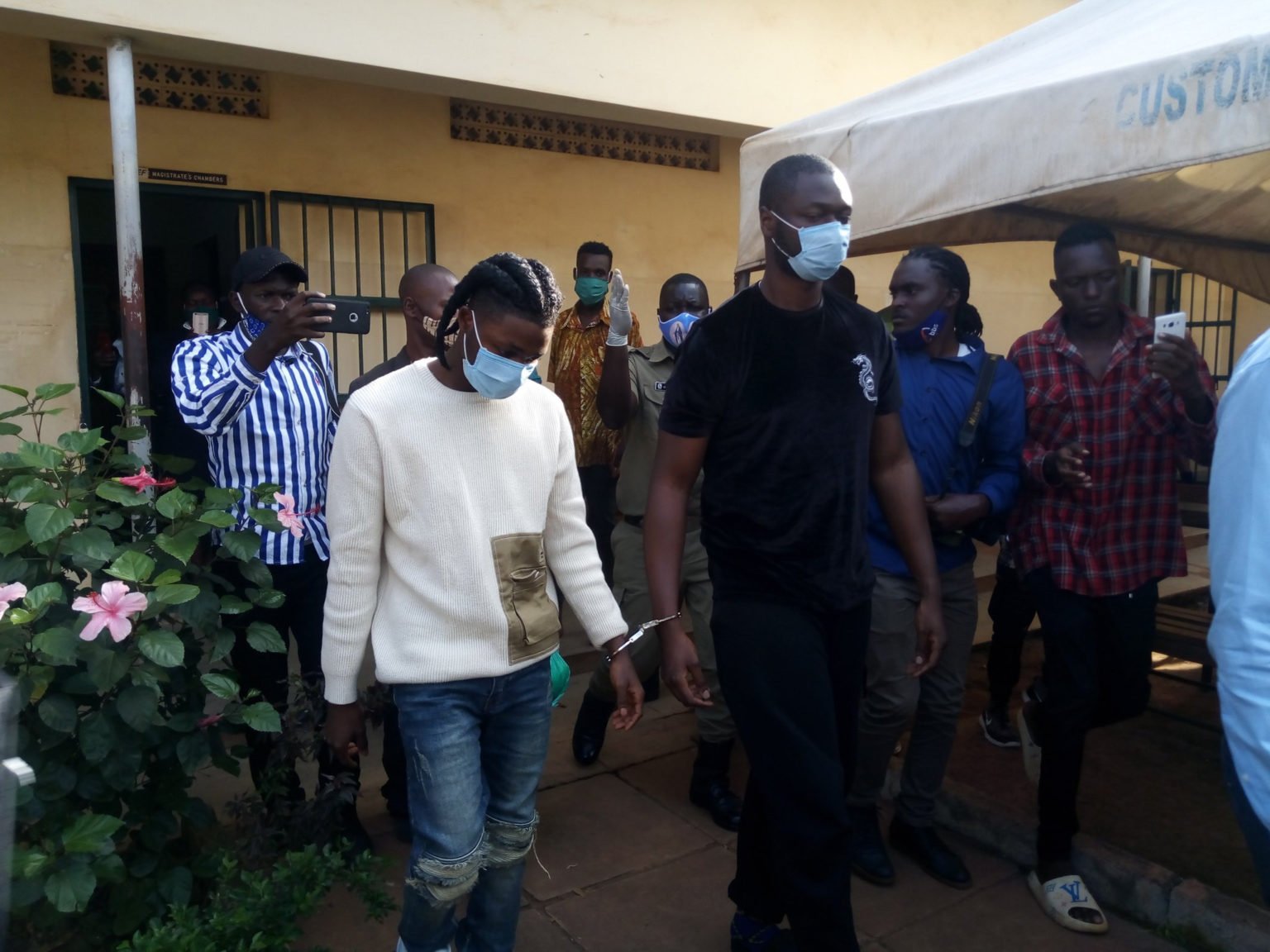 Omah Lay and other Nigerian singers arrested in Uganda have spent their first night in prison.

Nigerian singers arrested in Ugandan have spent their first night in prison.

Stanley Didia, aka Omah Lay; Temilade Openyi, alias Ms Tems; and Muyiwa Awomiyi spent their first night in prison after being remanded by a court.

Omah Lay was remanded at Kitalya prison and Ms Tems at Kigo prison.

They were charged in a magistrate court in Makindye, Uganda, on Monday for “negligently doing acts likely to spread an infectious disease C/S 171 of the Penal Code Act.”

The Ugandan police said earlier plans of releasing them on police bond were suspended after their casefile was sanctioned by the Office of the DPP.

They were jointly charged with four other Ugandans and remanded till Wednesday.

The crew got arrested in Uganda by Katwe Police after performing at a concert in the country. They were arrested alongside the manager of the venue one Dungu Ivan and the Events manager Prim Kasana.

“Nigerian Artist Omah lay has been arrested by Katwe police, the manager of the venue one Dungu Ivan and the Events manager Prim Kasana are also in custody.

According to the Ugandan news outlet, The Independent, the organizers of the event disguised the show as a lunch and dinner event but later on, at night started inviting artists to perform.

The concert took place on Saturday after the singer and organizers were warned from performing at the concert.

The concert contravenes President Museveni’s directives on social gatherings in a bid to curb the spread of COVID-19.

The president placed a ban on all music concerts, closed down bars, banned fans at all sporting events and reduced the number of people who could attend church services.