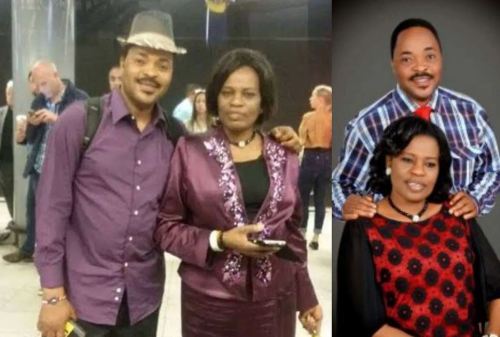 The death of the wife of veteran Nollywood actor, Doyin Hassan has been announced.

Hassan lost his wife, Bolanle, to the cold hands of death on December 9, 2020 at the age of 57, according to Gospel Film News.

The duo have been married for 10 years before the sad incident occurred.

They met in at Mount Zion Drama Ministries where they were both giving various roles to play and later fell in love and married.

Bolanle has acted in several Christian movies, especially in Mount Zion movies where she came to the limelight.

But her husband, Hassan, a professor at Conestoga College, Canada, has also acted in several Christian movies, making his debut in Mount Zion Drama Ministries.

He bagged a Ph.D at the Lagos State University, LASU, where he was an Associate Professor before moving to Canada.

She will be buried on December 18, 2020, at the Redemption Camp of the Redeemed Christian Church of God in Ogun State.