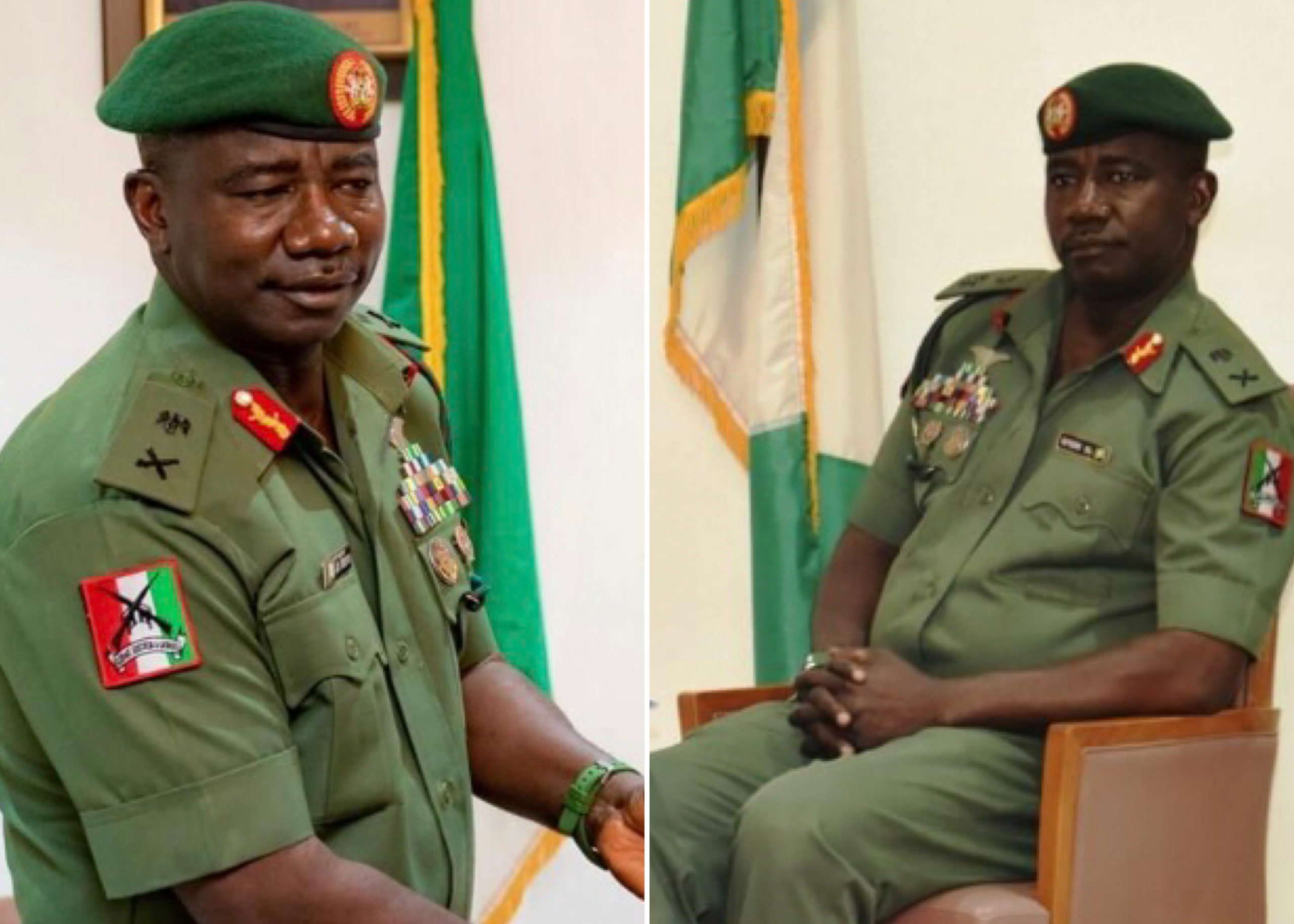 The Nigerian Army on Sunday, 13th December, confirmed that Maj General J.O Irefin died of respiratory failure secondary to the complications of COVID 19 infection.
This was confirmed to Naija News via a statement by the Acting Director, Army Public Relations Brigadier General Sagir Musa.

He noted in the statement that the clarification became necessary so as to correct insinuations in certain quarters on how the top military officer died with some reports suggesting he was murdered.

Musa confirmed that the late Irefin was part of those attending the Chief of Army Staff Annual Conference 2020 in Abuja which was eventually suspended.

He noted that the officer was taken to the Defence Medical Centre on 7th December after he started complaining of body discomfort including fever, headache and mild cough.

After he was stabilized, Irefin was later discharged on 8 December 2020, after his sample for COVID 19 test had been taken and was requested to self isolate pending the outcome of the test.

On 9 December 2020, the result of the COVID 19 test conducted on him was confirmed positive prompting his movement to Gwagwalada Specialist Hospital, Abuja for further management.

Below is the blow by blow account of events leading to his death as made available by the Nigerian Army statement.

“The sudden death of Maj General JO Irefin is no doubt a great loss to the Nigerian Army (NA), his family and the country at large. In view of the fake news, unnecessary and wicked insinuations that started emanating from unknown group or individuals, the NA wishes to inform members of the public the sequence of events that led to the death of the late senior officer.

“Recall that the Chief of Army Staff Annual Conference 2020, started on 7 December 2020 following the virtual declaration by President, Commander in Chief of the Armed Forces of the Federal Republic of Nigeria for its commencement. The participants who were mostly Principal Staff Officers, General Officers Commanding (GOCs), Corps Commanders, Commandants of NA schools, Directors and other invited dignitaries assembled in Giri venue of the first phase of the conference during which Mr President virtually commissioned the NA Cyber Warfare Command Headquarters among other vital projects.”

“Among the attendees was Maj Gen JO Irefin the erstwhile GOC 6 Division NA. While at Giri, the General started complaining of discomfort. Despite the discomfort, he was at phase 2 in life camp for the commissioning of Housing Scheme for families of officers and soldiers killed in action from where he left the venue for his accommodation. He was later taken to Defence Medical Centre same day at about 2125 hours having complained of fever, headache and mild cough. Medical history revealed that he was treated for malaria with parenteral artemether a week ago at 6 Division Medical Services and Hospital Port Harcourt where he was the GOC. He had fever but oxygen saturation was normal at 99%. Other vital signs were essentially stable on presentation. A working diagnosis of drug resistant malaria to rule out lobar pneumonia and COVID 19 infection was made. He was also placed on cefriaxone and COVID 19 test was requested.”

“Consequently, in the morning of 8 December 2020, the fever and cough have subsided and he was eating well. On the same day (8 December 2020), he was discharged after his sample for COVID 19 test had been taken and was requested to self isolate pending the out come of the test. On 9 December 2020, the result of the COVID 19 test conducted on him was positive. As a result, he was taken to 063 Nigerian Airforce Hospital Abuja where his SpO saturation was noted to be well reduced to between 55 – 60%. He was then immediately taken to Gwagwalada Specialist Hospital, Abuja by the Commander 063 NAF Hospital for further management. At the hospital, he was immediately admitted and placed on high flow oxygen. An initial improvement of 80 – 82% oxygen saturation was noticed. He was then commenced on Anti viral agent remdesivir based on the COVID 19 test result. Other treatment included the usual COVID 19 treatment cocktail. Unfortunately, despite these efforts, at about 0510 hours on Thursday 10th of December 2020, the Commander 063 NAF Hospital Abuja was informed that the senior officer desaturated again and eventually died. The cause of his death was reported as respirotary failure secondary to the complications of COVID 19 infection.”

“Above are the the sequence of events that led to the demise of our late Major General JO Irefin the former GOC 6 Diivision Port Harcourt. This explanation is essential in order to ward off mischievous and wicked insinuations from certain quarters alluding unwholesome act as responsible for the death of the respected senior officer. The NA wishes to once again console and extend its condolences to the family he left behind. May his gentle soul rest in perfect peace Ameen.”

Earlier, some kinsmen of the late Major-General and erstwhile general officer commanding (GOC) of 6 Division of the Nigerian army, John Olu Irefin, rejected reports that the military officer died from COVID-19 complications.

Reacting to the General’s death, Aiyetoro-Gbede community in Kogi state where Irefin hails from claimed that army commander was murdered.

In a statement by the spokesperson of the Ayetoro Development Association, A.A. Aminu insisted COVID-19 couldn’t have killed the general within such a short period.

While asking the authorities to investigate the circumstances leading to Irefin’s death, the community questioned the army’s haste to bury the general.

Meanwhile, not less than 18 military generals of the Nigerian Army have tested positive for COVID-19 following the breakout of the virus during the aborted 2020 Chief of Army Staff Annual Conference.

The top military officers are all confirmed to have participated in the annual conference which held in Abuja before it was shut down after an officer attending the meeting tested positive to the virus.

All affected persons are understood to have gone into self-isolation.