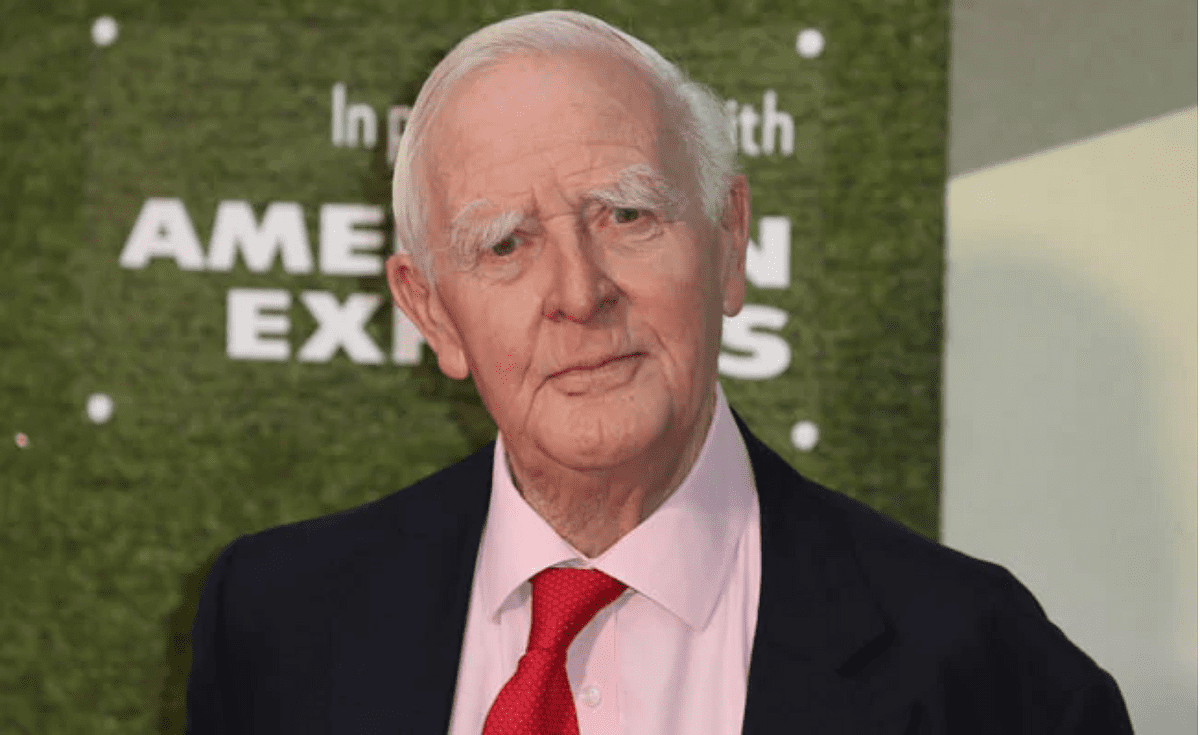 “It is with great sadness that I must share the news that David Cornwell, known to the world as John le Carré, passed away after a short illness (not Covid-19 related) in Cornwall on Saturday evening, 12th December, 2020”, his agent said in a statement.

“His like will never be seen again, and his loss will be felt by every book lover, everyone interested in the human condition,” said Jonny Geller, CEO of The Curtis Brown Group,

By exploring treachery at the heart of British intelligence in spy novels, le Carre challenged Western assumptions about the Cold War by defining for millions the moral ambiguities of the battle between the Soviet Union and the West.

Unlike the glamour of Ian Fleming’s unquestioning James Bond, le Carre’s heroes were trapped in the wilderness of mirrors inside British intelligence which was reeling from the betrayal of Kim Philby who fled to Moscow in 1963.

“It’s grey. Half angels fighting half devils. No one knows where the lines are,” Sachs says in the final novel of Le Carre’s Karla trilogy.

Such a bleak portrayal of the Cold War shaped popular Western perceptions of the rivalry between the Soviet Union and the United States that dominated the second half of the 20th century until the collapse of the Soviet Union in 1991.

The Cold War, for le Carre, was “A Looking Glass War” (the name of his 1965 novel) with no heroes and where morals were up for sale – or betrayal – by spy masters in Moscow, Berlin, Washington and London.

Betrayal of family, lovers, ideology and country run through le Carre’s novels which use the deceit of spies as a way to tell the story of nations, particularly Britain’s sentimental failure to see its own post-imperial decline.

Such was his influence that le Carre was credited by the Oxford English Dictionary with introducing espionage terms such as “mole”, “honey pot” and “pavement artist” to popular English usage.

British spies were angry that le Carre portrayed the MI6 Secret Intelligence Service as incompetent, ruthless and corrupt. But they still read his novels.

David John Moore Cornwell was born on Oct. 19, 1931, in Dorset, England, to Ronnie and Olive, though his mother, despairing at the infidelities and financial impropriety of her husband, abandoned the family when he was five years old.

Mother and son would meet again decades later, though the boy who became le Carre said he endured “16 hugless years” in the charge of his father, a flamboyant businessman who served time in jail.

At the age of 17, Cornwell left Sherborne School in 1948 to study German in Bern, Switzerland, where he came to the attention of British spies.

After a spell in the British Army, he studied German at Oxford, where he informed on his left-wing students for Britain’s MI5 domestic intelligence service.

Le Carre was awarded a first-class degree before teaching languages at Eton College, Britain’s most exclusive school. He also worked at MI5 in London before moving in 1960 to the Secret Intelligence Service, known as MI6.

Posted to Bonn, then capital of West Germany, Cornwell fought on one of the toughest fronts of Cold War espionage: 1960s Berlin.

As the Berlin Wall went up, le Carre wrote “The Spy Who Came in from the Cold,” where a British spy is sacrificed for an ex-Nazi turned Communist who is a British mole.

“What the hell do you think spies are?,” asks Alex Leamas, the British spy who is finally shot on the Berlin Wall.

By casting British spies as every bit as ruthless as their Communist foes, le Carre defined the dislocation of the Cold War that left broken humans in the wake of distant superpowers.

Now rich, but with a failing marriage and far too famous to be a spy, le Carre devoted himself to writing and the greatest betrayal in British intelligence history gave him material for a masterpiece.

The discovery, which began in the 1950s with the defection of Guy Burgess and Donald Maclean, that the Soviets had run spies recruited at Cambridge to penetrate British intelligence hammered confidence in the once legendary services.

Le Carre wove the story of betrayal into the Karla trilogy, beginning with the 1974 novel “Tinker Tailor Soldier Spy” and ending with “Smiley’s People” (1979).

George Smiley seeks to track down a Soviet mole at the top of Britain’s secret service and battles with Soviet spy master Karla, ultimate master of the mole who is sleeping with Smiley’s wife.

Smiley, betrayed in love by his aristocratic wife Ann (also the name of Cornwell’s first wife), traps the traitor. Karla, compromised by an attempt to save his schizophrenic daughter, defects to the West in the last book.

After the Soviet Union collapsed, leaving Russia’s once mighty spies impoverished, le Carre turned his focus to what he perceived as the corruption of the U.S.-dominated world order.

From corrupt pharmaceutical companies, Palestinian fighters and Russian oligarchs to lying U.S. agents and, of course, perfidious British spies, le Carre painted a depressing – and at times polemical – view of the chaos of the post-Cold War world.

“The new American realism, which is nothing other than gross corporate power cloaked in demagogy, means one thing only: that America will put America first in everything,” he wrote in the foreword to “The Tailor of Panama”.

He opposed the 2003 U.S.-led invasion of Iraq and his anger at the United States was evident in his later novels, which sold well and were turned into popular films but did not match the mastery of his Cold War bestsellers.

But in a life of espionage how much was true?

“I am a liar,” le Carre was quoted as saying by his biographer Adam Sisman. “Born to lying, bred to it, trained to it by an industry that lies for a living, practised in it as a novelist.”