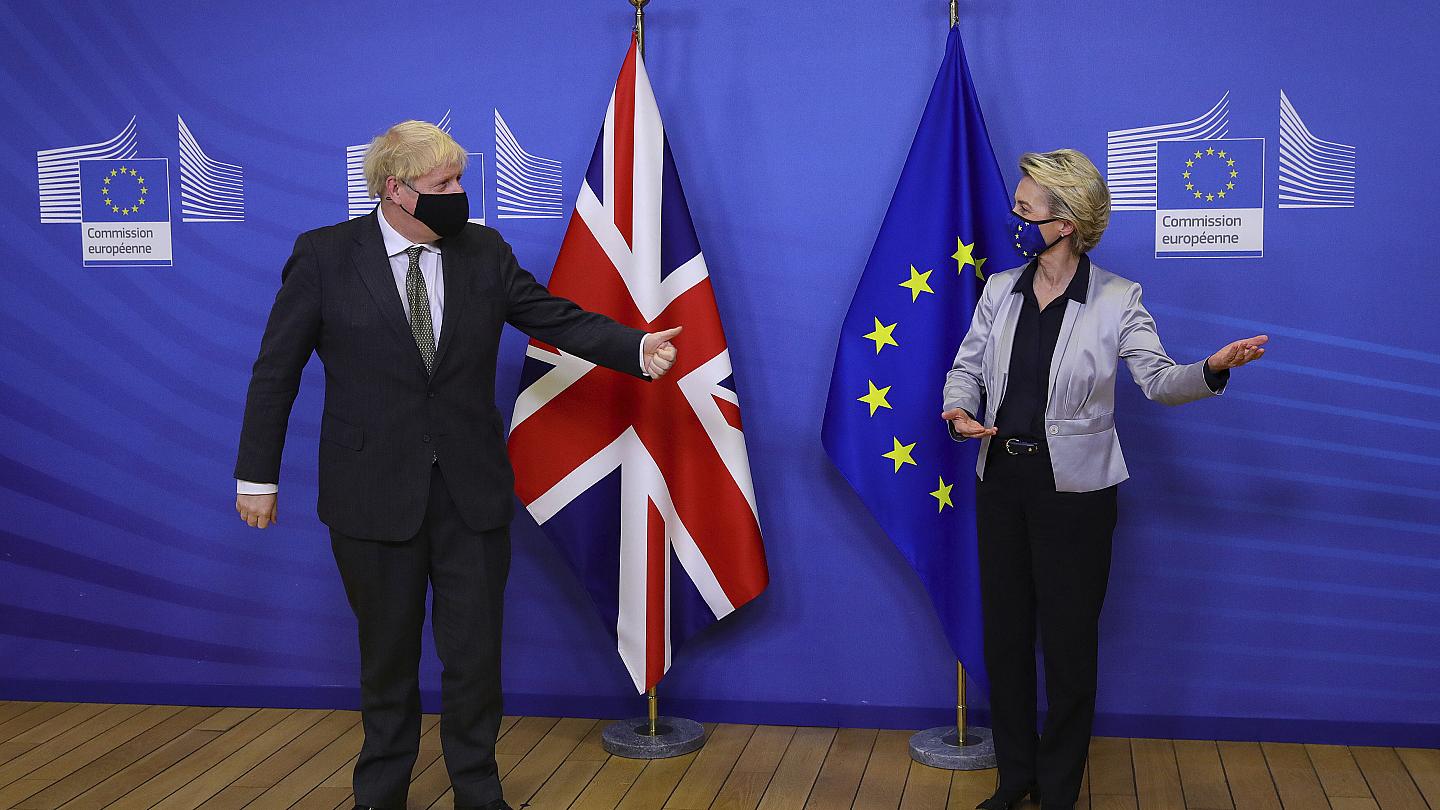 Brexit negotiations will continue despite a self-imposed Sunday deadline to get a deal before the UK leaves the EU.

“It is responsible at this point in time to go the extra mile,” European Commission President Ursula von der Leyen announced on Sunday. The negotiations will continue in Brussels, she added.

UK Prime Minister Boris Johnson meanwhile said the country would “certainly” not be “walking away from the talks” and that they should “continue to try” to find a deal.

Johnson repeated however that they “remain very far apart” on key issues and should prepare for trading on World Trade Organisation (WTO) terms without a deal.

“What we can’t do is compromise on that fundamental nature of what Brexit is all about which is us being able to control our laws, control our fisheries,” said Johnson.

The EU chief and UK prime minister had attempted to bridge the divide on Brexit this past week, including at a Wednesday night dinner, but so far they have not been able to agree on several key issues.

The leaders had set Sunday as a final deadline to decide whether they can get a deal before the UK officially leaves the bloc on December 31 but said that despite “the exhaustion after almost a year of negotiations,” they would “go the extra mile”.

Both sides have said that they remain far apart on issues such as access to UK waters and fair-competition rules.

If the UK leaves without a deal, foreign secretary Dominic Raab told Sky News on Sunday, “the French and others will have zero access assured to UK waters”.

The country, on Saturday, confirmed plans to deploy Royal Navy boats to control its waters as an “independent coastal state”.

Raab said that in the “11th hour” negotiations, they needed to move “the political logjam,” something that could only be done between Johnson and von der Leyen.

Johnson had suggested speaking to EU leaders about a deal but was rebuffed by German Chancellor Angela Merkel and French President Emmanuel Macron.

He said the EU was “very determined to keep the negotiations on the way that they’ve been done between us and the Commission” on Sunday.

Johnson called on people to “get ready, with confidence” for January 1 to trade on WTO terms. He said earlier this week that a no-deal solution was looking “very, very likely.”

But Irish Taoiseach Micheál Martin told the BBC that a no-deal scenario would be “very bad for all of us”.

Multiple industries from cars and manufacturing to food and culture have said that the impact of trading on WTO terms would increase tariffs and heavily impact people’s livelihoods.

What would a no-deal Brexit mean? The views of key players, in their own words
There were truck queues at UK ports over the weekend to prepare for a potential disruption in stock in January as the possibility of a no-deal loomed.

Trading on WTO terms under a no-deal scenario could increase food prices and bring more queues to the country’s ports.

One of the key outlying issues is to what degree the UK should follow EU rules in order to gain tariff-free access to European markets.

READ  TROUBLE IN THE KINGDOM: Search for new Olu of Warri polarises Itsekiri

The UK says the EU demands exceed those it puts on other countries and that it should be treated as a sovereign third party.