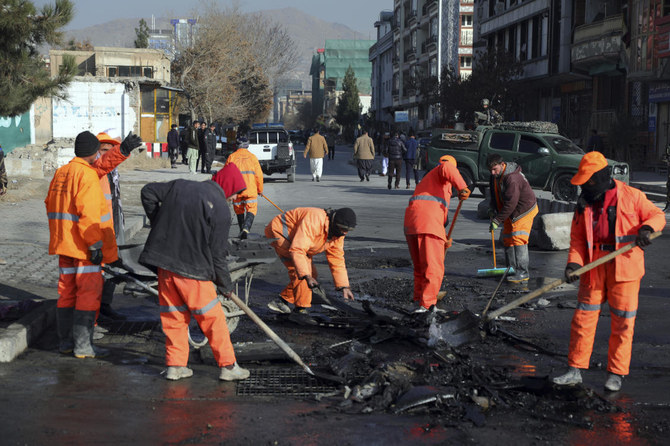 Separate bomb and gun attacks on Sunday left at least three dead in Afghanistan’s capital, local police said, a day after a barrage of mortar shells shook the city.

A sticky bomb attached to an armored vehicle in northern Kabul killed two, and wounded at least two others, according to Ferdaws Faramarz, a spokesman for the Kabul police chief. No further details were immediately available.

Faramarz also said that an Afghan government prosecutor was shot dead in eastern Kabul. The prosecutor was on his way to his office when he was attacked in Kart-e Now neighborhood, the police spokesman said.

The Sunday attacks happened as a day earlier the Daesh militants hit the capital with a barrage of mortar shells, killing at least one civilian and wounding a second, amid a countrywide spike in violence.

Three shells hit the airport, while the other rounds landed in residential areas of the city, according to the Afghan Interior Ministry.

Violence in Afghanistan has spiked in recent months even as the Taliban and Afghan government negotiators meet in the Gulf Arab state of Qatar to hammer out a peace deal that could put an end to decades of war.

The Taliban have waged bitter battles against IS fighters, particularly in IS strongholds in eastern Afghanistan.