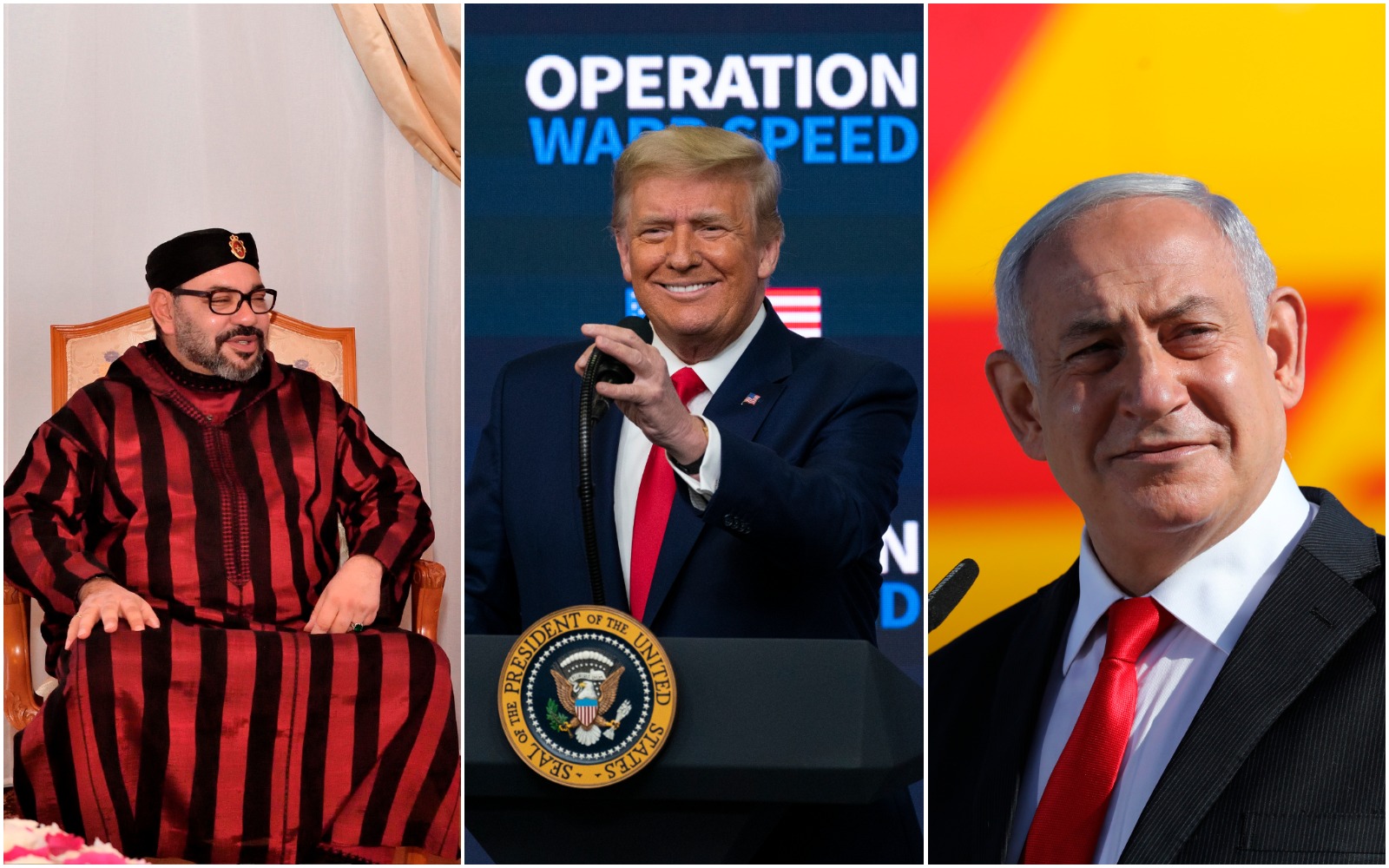 Israel and Morocco agreed on Thursday to normalise relations in a deal brokered with US help, making Morocco the fourth Arab country to set aside hostilities with Israel in the past four months.

As part of the agreement, US President Donald Trump changed longstanding US policy and recognised Morocco’s sovereignty over the Western Sahara.

The Western Sahara is a desert region where a decades-old territorial dispute has pitted Morocco against the Algeria-backed Polisario Front, a breakaway movement that seeks to establish an independent state in the territory.

Trump sealed the agreement in a phone call with Morocco’s King Mohammed VI on Thursday, the White House said.

“Another HISTORIC breakthrough today! Our two GREAT friends Israel and the Kingdom of Morocco have agreed to full diplomatic relations – a massive breakthrough for peace in the Middle East!” Trump tweeted.

Morocco is the fourth country since August to strike a deal aimed at normalising relations with Israel. The others were the United Arab Emirates, Bahrain and Sudan.

Much of the momentum behind the deal-making has been to present a united front against Iran and roll back its regional influence.

‘Relations between Morocco and Israel have been relatively good for years’

Palestinians have been critical of the normalisation deals, saying Arab countries have set back the cause of peace by abandoning a longstanding demand that Israel give up land for a Palestinian state before it can receive recognition.

“This step, a sovereign move, contributes to strengthening our common quest for stability, prosperity, and just and lasting peace in the region,” the crown prince of Abu Dhabi, Sheikh Mohammed bin Zayed al-Nahyan, wrote on Twitter.

With Trump due to leave office on January 20, the Morocco deal could be among the last his team, led by White House senior adviser Jared Kushner and US envoy Avi Berkowitz, will negotiate before giving way to President-elect Joe Biden’s incoming administration.

Kushner told reporters on a conference call it was inevitable that Saudi Arabia would eventually strike a similar deal with Israel.

Under the agreement, Morocco will establish full diplomatic relations and resume official contacts with Israel, grant flights over its territory and also direct flights to and from Israel for all Israelis.

“They are going to reopen their liaison offices in Rabat and Tel Aviv immediately with the intention to open embassies. And they are going to promote economic cooperation between Israeli and Moroccan companies,” Kushner told Reuters.

Trump’s agreement to change US policy toward the Western Sahara was the linchpin for getting Morocco’s agreement and a major shift away from a mostly neutral stance.

In Rabat, Morocco’s royal court said Washington will open a consulate in Western Sahara as part of Morocco’s deal with Israel.

A White House proclamation said the United States believes that an independent Sahrawi State is “not a realistic option for resolving the conflict and that genuine autonomy under Moroccan sovereignty is the only feasible solution”.

“We urge the parties to engage in discussions without delay, using Morocco’s autonomy plan as the only framework to negotiate a mutually acceptable solution,” it said.

Washington had supported a 1991 ceasefire between Morocco and the Western Sahara’s Polisario Front independence movement that called for a referendum to resolve the issue. Last month, after a border incident, the Polisario pulled out of that deal and announced a return to armed struggle.

A representative of the Polisario movement said it “regrets highly” the US change in policy, which it called “strange but not surprising”.

“This will not change an inch of the reality of the conflict and the right of the people of Western Sahara to self determination,” the Polisario’s Europe representative Oubi Bchraya said.

The Trump White House has also tried to get Saudi Arabia to sign on to a normalisation deal with Israel, believing if the Saudis agreed other Arab nations would follow, but the Saudis have signalled they are not ready.

One more Middle East breakthrough is possible. Last week Kushner and his team travelled to Saudi Arabia and Qatar seeking an end to a three-year rift between Doha and the Gulf Cooperation Council countries.

A tentative deal has been reached on this front but it was far from clear whether a final agreement to end a blockade of Qatar will be sealed. Saudi Arabia, the United Arab Emirates, Bahrain and Egypt have maintained a diplomatic, trade and travel embargo on Qatar since mid-2017.

While Biden is expected to move US foreign policy away from Trump’s “America First” posture, he has indicated he will continue the pursuit of what Trump calls “the Abraham Accords” between Israel and Arab and Muslim nations.

The news broke as Jews marked the first night of the Hanukkah festival.