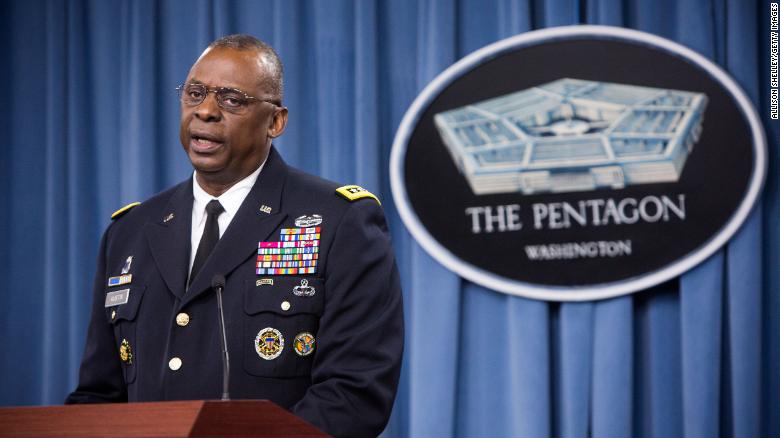 US President-elect Joe Biden has chosen Lloyd Austin, who helped spearhead the US invasion of Iraq in 2003 and rose to head the US Central Command, as the first Black defence secretary, US media reported.

A veteran of conflicts in Iraq and Afghanistan, the retired four-star army general, 67, beat out the favourite for the job, former under-secretary of defence Michele Flournoy, amid pressure on Biden to nominate more minorities for positions in his cabinet.

Flournoy would have been the first woman to serve as defence secretary.

As a career military officer, Austin is likely to face opposition from some in Congress and in the defence establishment who believe in drawing a clear line between civilian and military leadership of the Pentagon.

Although many previous defence secretaries have served briefly in the military, only two – George C Marshall and James Mattis – have been career officers. Marshall also served as secretary of state.

Like Mattis, Austin would need to obtain a congressional waiver to serve as defence secretary.

Congress intended civilian control of the military when it created the position of secretary of defence in 1947 and prohibited a recently retired military officer from holding the position.

Austin graduated from the US Military Academy at West Point in 1975 and served 41 years in uniform.
Biden has known Austin at least since the general’s years leading US and coalition troops in Iraq while Biden was vice president.

Austin was commander in Baghdad of the Multinational Corps-Iraq in 2008 when Barack Obama was elected president, and he returned to lead US troops from 2010 through 2011.

Austin also served in 2012 as the first Black vice chief of staff of the army. A year later he assumed command of US Central Command, where he fashioned and began implementing a US military strategy for rolling back ISIL (ISIS) fighters in Iraq and Syria.