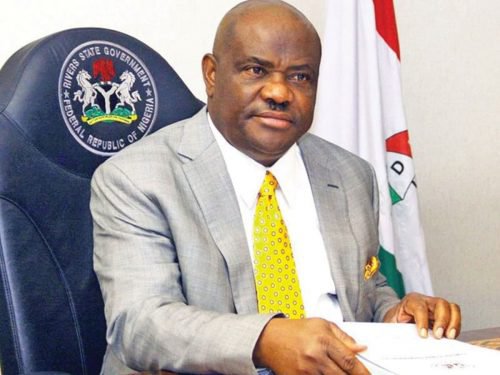 Governor Nyesom Wike of Rivers State has vowed that his administration will protect all ethnic group resident in the South-south state.
Wike made the pledge when he received leaders of Northern Elders Forum (NEF) led by its Chairman, Professor Ango Abdullahi at Government House Port Harcourt.

He commended the northern leaders for coming to the state to ascertain was actually happened during the recent EndSARS protest that rocked the state.

He said: “The End SARS protest was very peaceful in Rivers State. Oyigbo Local Government is one of the biggest in terms of population in the state. Miscreants woke up one morning because people are doing End SARS protest and began to kill innocent people.

“They burnt down police stations, killed police officers and soldiers and destroyed courts.

“When you say ‘what you’re doing is wrong, we can’t allow it’, they say you’re against a particular ethnic group. How can that be? That action almost led to a big violence between this group and that group. I am the governor of the state, how can I allow my state to be a centre of war? That can’t happen.”

According to the NEF Chairman, the leaders decided to visit to get the facts before coming to a conclusion.

READ  "The US Government Is 'Idiotic And Mentally Retarded" - Iran President, Hassan Rouhani

“We had a number of complaints from our kiths and kin on the effect of the End SARS protest in the South but it is our belief that we should always base our actions and decisions on facts that we can rely upon rather than rumours. This country is very good in rumour mongering and fake news,” he said.