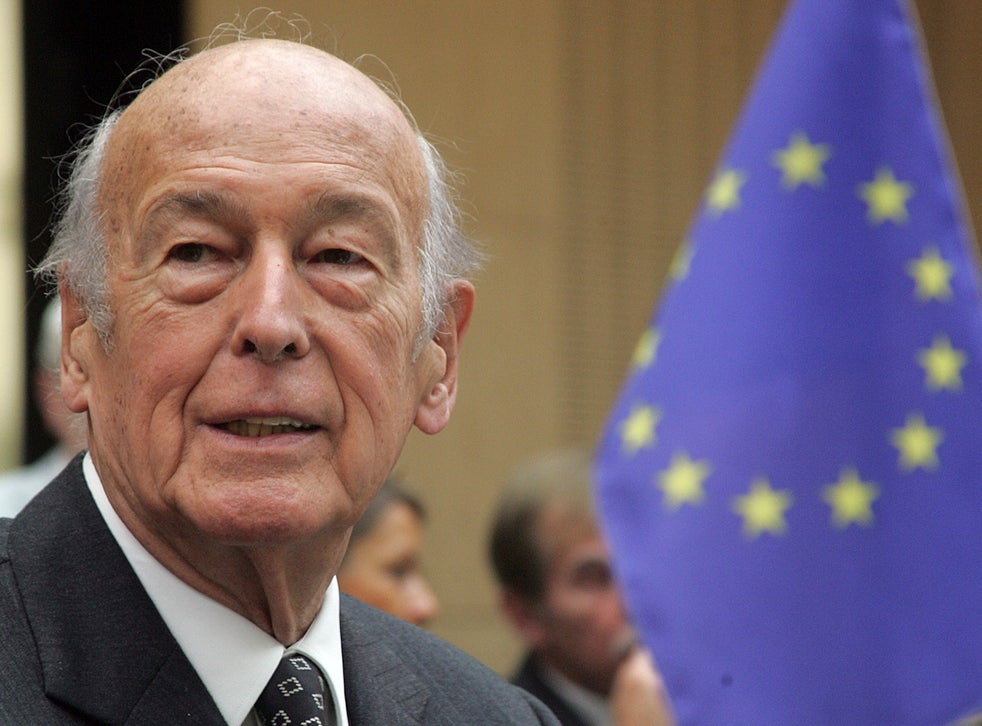 Valery Giscard d’Estaing, the president of France from 1974 to 1981 who became a champion of European integration, died on Wednesday. He was 94.

Giscard d’Estaing’s office said he passed away in his family home in the Loir-et-Cher region, in central France, after contracting COVID-19.

“In accordance with his wishes, his funeral will take place in strict privacy,” his office said.

French and European politicians have been paying tribute to Giscard d’Estaing’s legacy.

In a January 2020 interview with The Associated Press, he displayed a firm handshake and sharp eye, recounting details from his meetings as French president in the 1970s with then-U.S. President Jimmy Carter and then-Egyptian leader Anwar Sadat, whose photos adorned his office walls.

He wrote the article in the EU charter that allowed Brexit to happen – the brief measure that allows a member state to leave the bloc.

On the eve of Britain’s departure this year, Giscard told AP it was a “step backward” geopolitically, but took the long view. “We functioned without Britain during the first years of the European Union … So we will rediscover a situation that we have already known.”

Born in Germany in the wake of World War I, Giscard d’Estaing helped liberate Paris from the Nazis in the next world war, and later laid the groundwork for the shared euro currency and helped integrate Britain into what became the EU in the 1970s.

Seeing the Britons leave, “I feel great regret,” he said.

He remained unfailingly optimistic in the European project, forecasting that the EU and the euro would bounce back and gradually grow stronger and bigger despite the challenges of losing a major member.

The president and the garbage men

When he took office in 1974, Giscard d’Estaing began as the model of a modern French president, a conservative with liberal views on social issues.

Abortion and divorce by mutual consent were legalised under his term, and he reduced the age of majority from 21 to 18.

He played his accordion in working-class neighbourhoods. One Christmas morning, he invited four passing garbage men to breakfast at the presidential palace.

He lost his re-election bid in 1981 to Socialist Francois Mitterrand.

Born in 1926 in Koblenz, Germany, where his father was a financial director of the post-World War I French occupation administration, he grew up with a pan-European view. After joining the French Resistance during World War II, he next saw Germany as a tank commander in the French military in 1944.

In 1952, he married Anne-AymoneIt de Brantes, the daughter of a count and heiress to a steel fortune. They had four children: Valerie-Anne, Louis, Henri and Jacinte.

Young Giscard d’Estaing studied at the prestigious Polytechnical Institute and then the elite National School of Administration. He attended a summer school at Oxford University when still a student, but told the Oxford Union in 2016 that it consisted of ‘playing tennis’.

President Charles de Gaulle named him finance minister at the age of 36.

The Princess and the President

After his defeat in the 1981 presidential election, he temporarily retired from politics.

He then found a second calling in the European Union. He worked on writing a European Constitution which was formally presented in 2004, but rejected by French and Dutch voters. However, it paved the way for the adoption of the Treaty on European Union in 2007.

At age 83, he published a romance novel called “The Princess and the President,” which he said was based on Princess Diana, with whom he said he discussed writing a love story.

Asked about the nature of their relationship, he said only: “Let us not exaggerate. I knew her a bit in a climate of a confidential relationship. She needed to communicate.”

Earlier this year, a German journalist accused Giscard of repeatedly grabbing her during an interview, and filed a sexual assault complaint with Paris prosecutors. Giscard’s French lawyer said the 94-year-old former president “retains no memory” of the incident.

‘Today we mourn a great European’

Former French President Francois Hollande paid tribute to “a statesman who had chosen to open up to the world and was thinking that Europe was a condition for France to be greater.”

Jean Castex, the country’s current prime minister, described Giscard d’Estaing in a statement as “a statesman, a man of progress, a man of freedom”.

“He initiated societal reforms which remain very relevant, especially for women and the young. He also significantly advanced the European construction and the international influence, whose history he has marked,” he added.

The head of the European Commission, Ursula von der Leyen, wrote on Twitter that “today we mourn a great European who will continue to inspire us.”

“In his heart, the destinies of France and Europe were intertwined,” she added.

Charles Michel, the President of the European Council, said he enabled Franceto “fully play its leading role in Europe” and that, along with former German Chancellor Helmut Schmidt, “they fulfilled their dream of a more integrated Europe.”

He also hailed him as the founder of the very institution he now presides over, “which laid the foundations of the monetary union, and therefore of the euro”.

David Sassoli, President of the European Parliament, paid homage to the former French president for “making the European dream a reality”.

“We are immensely grateful to Valéry Giscard d’Estaing, and grateful for his lesson,” he also wrote.

German Chancellor Angela Merkel mourned the loss of “a great European”. She added that she is “grateful for the good discussions I had with him and my thoughts are with his family.”

Her country’s top diplomat, Heiko Maas, meanwhile praised Giscard d’Estaing for doing an “enormous service to the Franco-German friendship” and for having “had a decisive influence on it.”

“We will miss him as a great Frenchman and great European,” he wrote on Twitter.