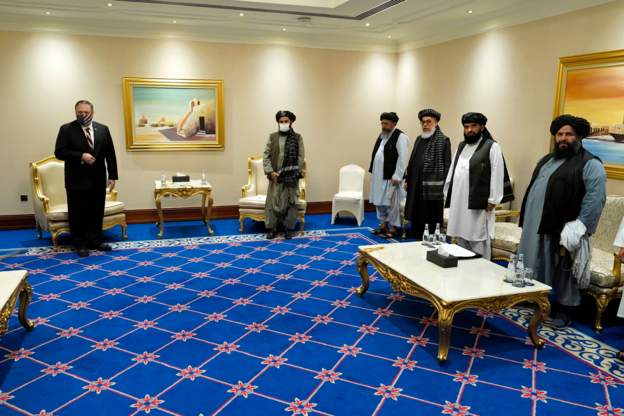 United States Secretary of State Mike Pompeo has welcomed an interim agreement reached between the Afghan government and the Taliban that will allow them to focus on peace talks.

He said the agreement was a major step forward in the talks that began in Doha, the capital of Qatar, in mid-September.

Pompeo said the start of talks between the Taliban and representatives of the Afghan government was a major step forward for peace talks.

A member of the Afghan delegation said the agreement would pave the way for a political settlement and a ceasefire.