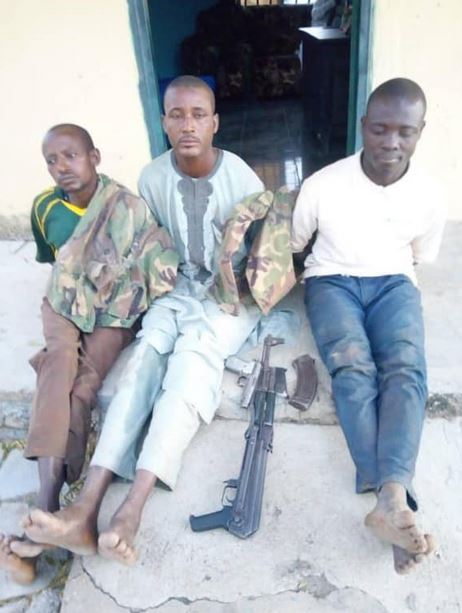 Three members of a notorious kidnap syndicate who carry out their evil acts dressed in military uniforms have been arrested following a joint operation carried out by the Special Military Task Force, Operation Safe Haven, Department of State Service, the Nigerian Police Force and Vigilante Group of Nigeria in Kanam Local Government Area of Plateau state.

Commander of the task force, Maj. Gen. Chukwuemeka Okonkwo, who confirmed the development in a statement on Tuesday, December 1, said the kidnap syndicate is also responsible for the rising banditry in the area.

He gave the names of the arrested suspects as 37-year-old Abdullahi Abubakar, Rabiu Ahmadu, 35, and Akilu Zubairu, 32.