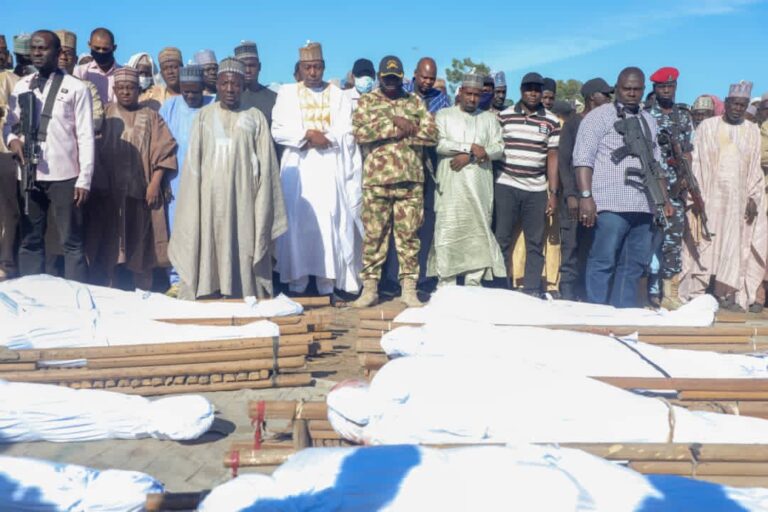 The United Nations (UN) has backtracked on its initial casualty figure of farmers killed by Boko Haram terrorists group in Borno state.

The bodies of the slain farmers whose throats were slit were on Sunday morning buried in a brief ceremony led by Governor Babagana Zulum of Borno State.

However, the United Nations in a reports released on Sunday stated that over 110 farmers were actually killed and not the 43 reported in the media.

But a spokesperson of the Nigeria military, Major-General John Enenche, dismissed the reports of the US, insisted that the Army and locals only counted 43 bodies after the attack.

In a statement on Monday, Eve Sabbagh, UN’s head of public information in Nigeria, said the earlier figure released was not yet confirmed.

The US said the “110 casualty figure” was not properly sourced.

“Please note the number of 110 civilians killed on Saturday’s attack is an unconfirmed number and the correct version of the statement by the Resident and Humanitarian Coordinator is the one published yesterday on Reliefweb and used on OCHA Nigeria’s Twitter account,” Sabbagh said.