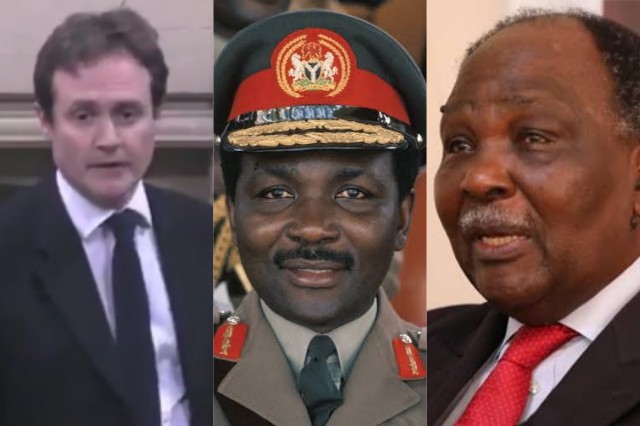 Former Nigerian Head of State General Yakubu Gowon (Rtd) has reacted to allegations by a British lawmaker that he stole half of the Central Bank of Nigeria while in office.

In his reaction on Wednesday, the former Nigerian leader described the submission by the British Parliamentarian, Tom Tugendhat as rubbish, noting that he served Nigeria meritoriously and never stole anything with the records clearly availbale for all to see.

It will be recalled Tugendhat on Monday, while addressing the British Parliament during a debate on a petition calling on the UK to impose sanctions on some federal government officials for their roles during the recent #EndSARS protest in Nigeria, submitted that some leaders have been looting the West African nation and hiding the ill-gotten wealth in the UK.

It was during his speech that he said: “Some people will remember when General Gowon left Nigeria with half the Central Bank of Nigeria, so it is said, and moved to London.”

He also submitted that; “We know that today, even now in this great city of ours, there are some people who have taken from the Nigerian people and hidden their ill-gotten gains here.

“Sadly, we know that our banks have been used for those profits and for that illegal transfer of assets. That means that the UK is in an almost unique position in being able to do something to exert pressure on those who have robbed the Nigerian people.”

However, Gowon in his reaction to the allegation was quoted to have told the BBC in an exclusive interview that: “I don’t know where he got that rubbish from, I served Nigeria diligently and my records are there for all to see.”

Gowon served as Nigeria’s Head of State between 1966 to 1975 but was removed from office in a bloodless military coup that took place in 1975.