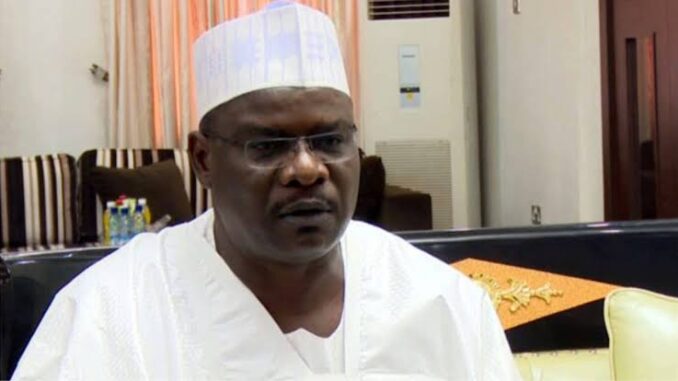 Senator Ali Ndume, the lawmaker representing Borno South Senatorial district has been ordered on Monday by a federal high court to be sent to prison.

The order follows his inability to produce Abdulrasheed Maina, the former Chairman of the defunct Pension Task Team, whom he stood as surety for in his corruption and money laundering trial.

The high court, sitting in Abuja was presided over by Justice Okon Abang and ordered Senator Ndume to be remanded in Kuje correctional centre.

Justice Abang, however, gave three conditions upon which Ndume can regain his freedom. First is that he pays N500m bail bond into the Federation Account of the Federal Government and present evidence of such payment in court or the FG sells the property situated in Asokoro, Abuja which Ndume pledge as security for the bond and present evidence of sale and payment of the N500m realised into the Federation Account or he (Ndume) produces Maina, who is believed to have now jumped bail, in court.

Shortly after the pronouncement by the Judge, Senator Ndume was led away from the courtroom by security operatives.

Last week, the court revoked Maina’s bail after he failed to appear in court on several occasions without advancing any reason.