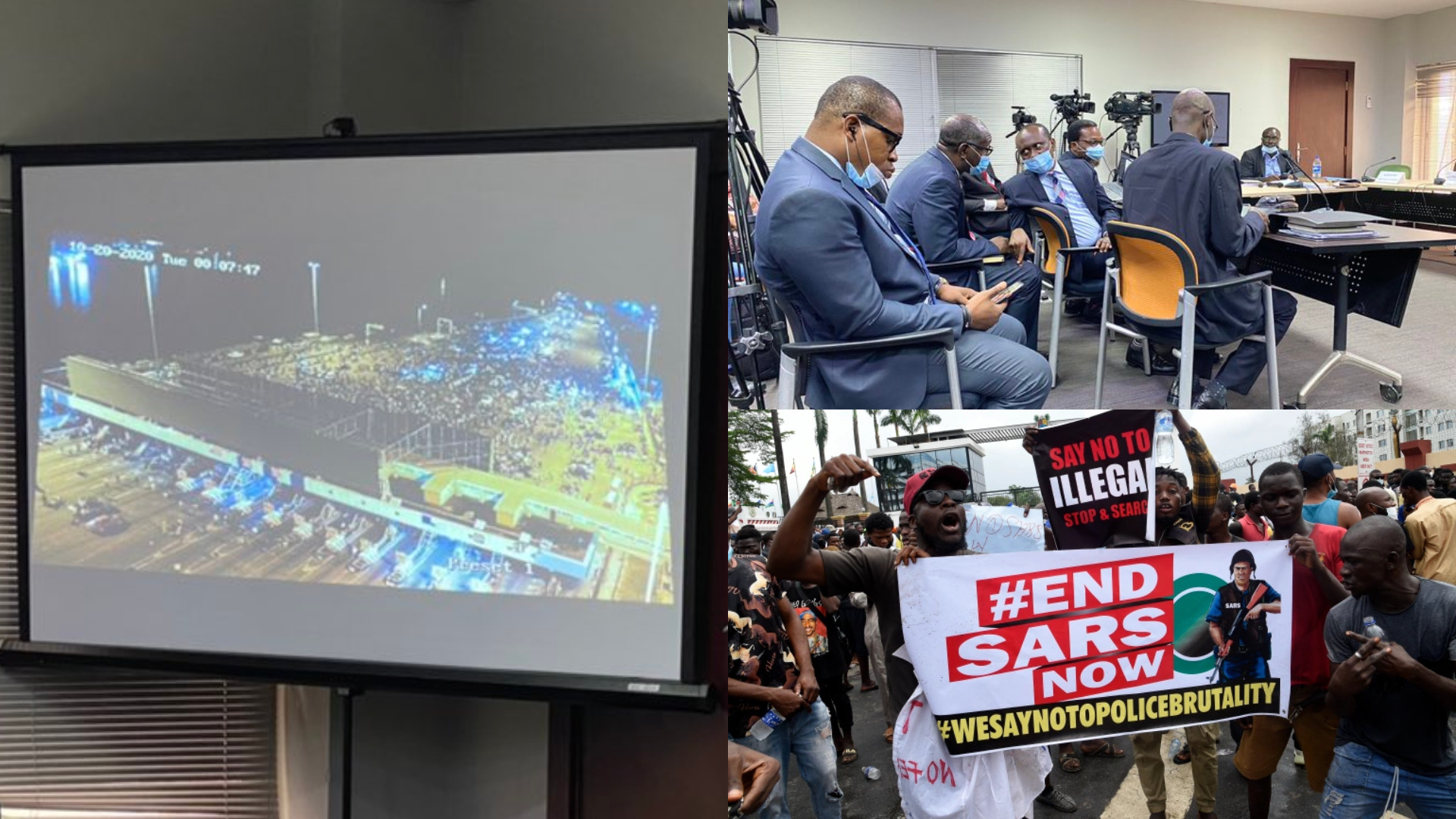 The Lagos State Judicial Panel of Enquiry and Restitution for Victims of SARS related abuses and other matters has started viewing of the Lekki shooting video of #EndSARS protesters.

The Lagos #EndSARS panel started viewing of 2 hours 29 minutes of the October 20 Lekki shootings footage captured by the Lekki Concession Company (LCC) on Saturday morning, November 21. This portion of the total 21-hour footage begins from 5pm and ends at 7:59pm.

This online news reports that the viewing of the Lekki shooting video is coming a month after soldiers of the Nigerian Army were accused of shooting at #EndSARS protesters, injuring and killing some, an allegation the military has denied several times despite video evidence.

The shootings were believed to have occurred from just over 6pm on October 20 while the #EndSARS protesters were camping at the Lekki toll gate protesting ground and waving the Nigerian flag (a move seen as being harmless).

On November 6, about four hours of the video were played between 11:35am and nearly past 5pm, with a pause in between during break time before lawyers to the parties agreed to limit the 21-hour footage to portions relevant to the shootings.

The video of the Lekki toll gate shooting which was tendered by LCC Managing Director, Abayomi Omomuwa, through LCC’s counsel, Rotimi Seriki, is broken into footages of roughly 30 minutes in length.

Meanwhile, the viewing of the Lekki shooting video is coming days after the Federal Government denied anyone was killed at the toll gate, following a CNN report claiming otherwise.