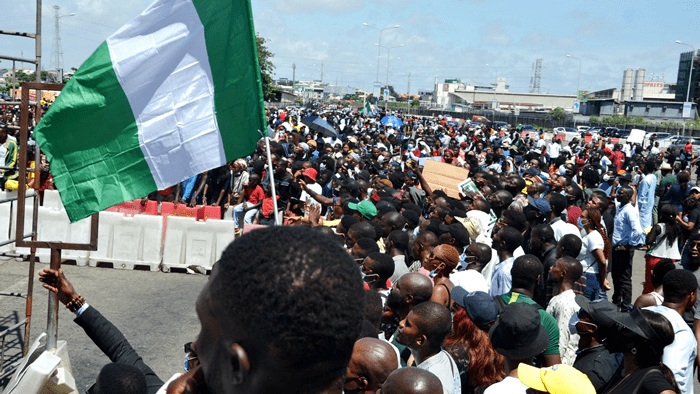 According to video footage, the Nigerian Army sent not less than seven trucks to the Lekki Toll Gate on the night of October 20 when peaceful #EndSARS protesters were shot at by soldiers.

The trucks, two white and five black, were seen on Saturday in footage of the incident provided by the Lekki Concession Company (LCC).

The video is being reviewed by the Lagos judicial panel investigating alleged human rights violations by the disbanded special anti-robbery squad (SARS).

According to the two hours and 5G minutes of the 21-hour video being played, the soldiers arrived at the Lekki toll gate at about 06:43 pm.

Just before 7 pm, soldiers reportedly opened fire on #EndSARS protesters who had converged on the facility on October 20. But the army insists its men only fired blank bullets into the air to disperse the crowd.

But a CNN investigation indicted the army of firing live bullets directly into the crowd of protesters, reportedly killing some and wounding many.