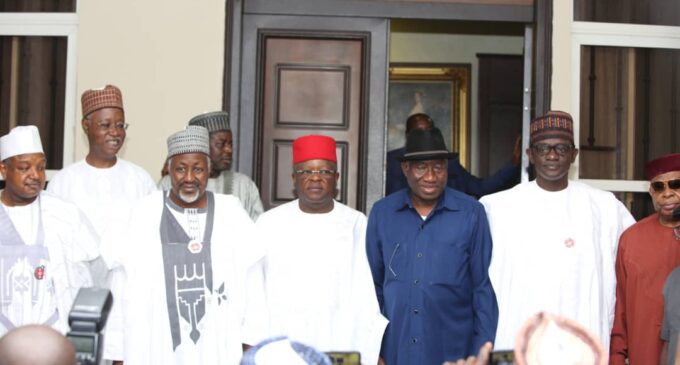 Some governors elected on the platform of the All Progressives Congress (APC) have met with former President Goodluck Jonathan.

The governors met with Jonathan at his Abuja residence.

It was gathered that the APC governors were at the former president’s residence to felicitate with him on his 63rd birthday anniversary.

Also an ex-President of the Senate, who is a chieftain of the APC, Ken Nnamani, was on the visit.

It is, however, not clear if the APC chieftains had presented a Presidential proposal to Jonathan during the visit as different groups are mounting pressure on him to contest the 2023 presidential election.

Jonathan, who served one term after completing the tenure of late President, Musa Yar’Adua was defeated by President Muhammadu Buhari in 2015.