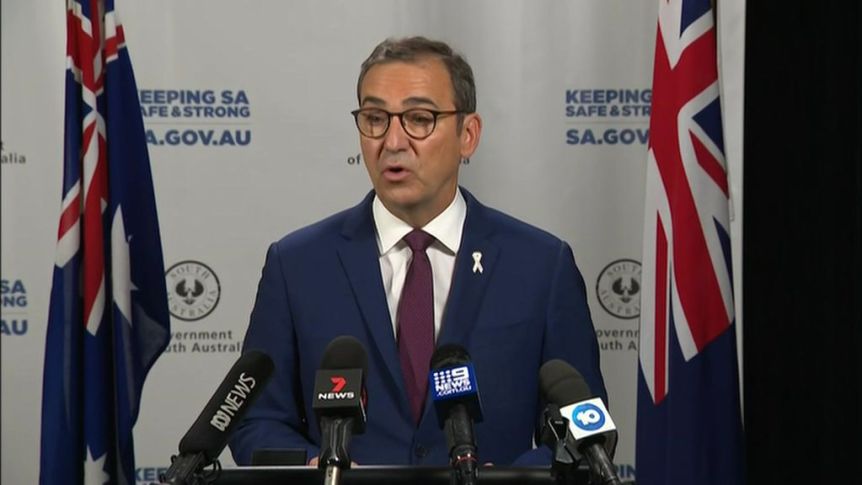 Marshall said a man who claimed he was a customer at a pizza parlour hotspot — leading authorities to believe the coronavirus strain was virulent enough to be transmitted via a takeaway box — in fact worked there.

“One of the close contacts linked to the Woodville pizza bar deliberately misled our contact-tracing team,” said Marshall. “Their story didn’t add up. We pursued them. We now know that they lied.”

It is unlikely the man will face charges, police said. “The Emergency Management Act requires people to provide information on request,” said police commissioner Grant Stevens. “There is no penalty for failing to truthfully answer those questions.”

“I think it is stating the obvious to say that this person’s actions has had a devastating impact on our community,” said Stevens. “The hardship is not lost on us.”

Red-faced authorities stressed the costly lockdown had still been necessary — and that pizza parlour customers should still come forward for testing.

On Wednesday, they ordered schools, shops, pubs, factories and even takeaway restaurants to close and stay-at-home orders were issued for residents across the state.

Since then, tens of thousands of tests have shown no new community transmission and the cluster totals only 25 cases, leading to accusations that authorities overreacted.

READ  Jonathan to Waziri: Why I removed you as EFCC boss

People in Adelaide and the rest of the state will be able to leave their homes immediately to exercise, and most other restrictions will be eased late on Saturday.

The country as a whole has been relatively successful in containing the virus, with only around 95 cases currently active.

The state of Victoria on Friday reported its 21st day of zero cases, a well-earned reward for a marathon lockdown of the country’s second-largest city, Melbourne.

(FRANCE with AFP and REUTERS)