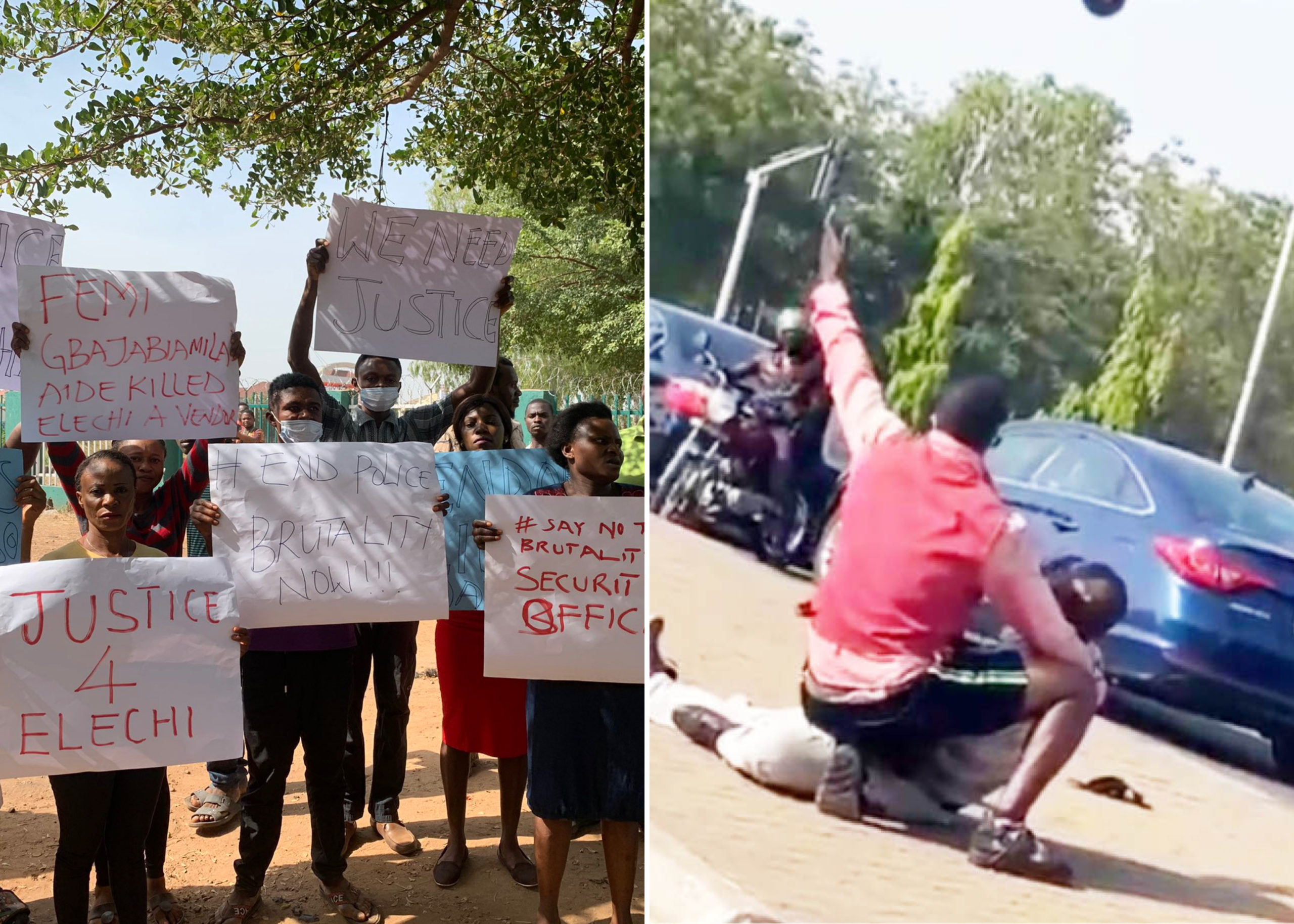 Newspaper Vendors Association, has shut down operations with members currently protesting in Abuja over the killing of its member by Femi Gbajabiamila‘s aide.

A member of the Newspaper Vendors Association identified as Ifeanyichukwu Elechi was killed by a security aide to Speaker of the House of Representatives, Femi Gbajabiamila, on Thursday, November 19.

The Newspaper Vendors are currently at popular Area 1, Garki Newspaper distribution centre to protest and mourn one of their own shot dead by a security aide attached to Speaker Gbajabiamila.

Etim Iwara, the Chairman of the Newspaper Vendors Association, while addressing the vendors amidst pool of tears, said the deceased member, did not commit any offence, yet he was “killed by an over-zealous security aide to the Speaker.”

The Chairman of the association, who vowed that the vendors would take every necessary action to get justice for their slain member, also noted that distribution of newspapers to the public would be suspended till further notice.

This online news platform learned hat the security detail who shot the newspaper vendor is an operative of the Department of State Service (DSS).

Confirming the incident, the Speaker had said in a statement on Twitter thread earlier on Friday that the “officer who fired the fatal shot has been suspended from the convoy pending the conclusion of the investigation.

Elechi according to the Speaker,was hit by the stray bullet, which was only intended to disperse a crowd while he was exchanging pleasantries with the newspaper vendors on his was out of the National Assembly.

Speaker Gbajabiamila said: “A horrible incident has taken place. This evening as I left the national assembly, I stopped, as usual, to exchange pleasantries with the newspaper vendors at the corner,” he explained.

“Many of them have known me since I first moved to Abuja and it was a friendly exchange. Unfortunately, after the convoy set out in continuation of movement, unidentified men obstructed the convoy which got the attention of security men in the convoy who shot into the air to disperse them.”

The speaker commiserated with the vendors and deceased’s family, narrated that some hours after they got to their destination, he was informed that the victim, identified as Ifeanyi had been hit by a stray bullet. The Lagos lawmakers stressed that he values life and respects people.