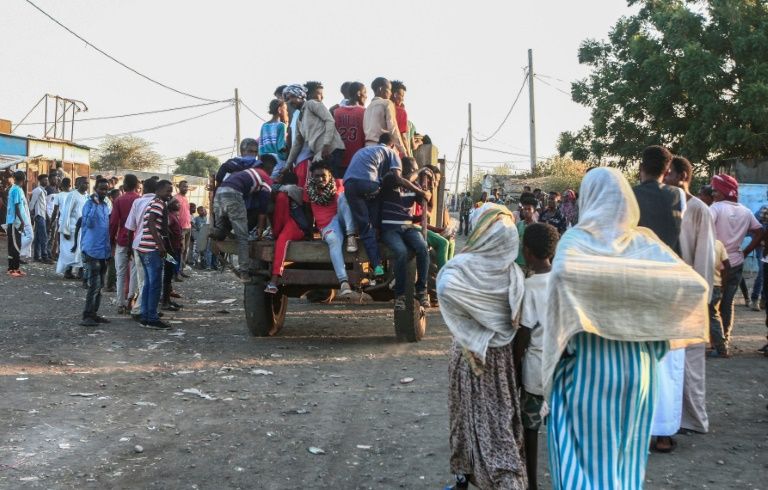 Rockets from Ethiopia’s northern Tigray region hit the capital of neighbouring Eritrea on Saturday, diplomats said, the latest indication that Ethiopia’s internal conflict is spreading beyond its borders.

The leader of Ethiopia’s Tigray region confirmed on Sunday that his forces bombed the airport in Eritrea’s capital Asmara on Saturday evening, confirming earlier reports of a major escalation in a 12-day old conflict in Ethiopia.

Tigray’s President Debretsion Gebremichael also said that his forces have been fighting Eritrean forces “on several fronts” for the past few days. He did not specify where, but did say Eritrean forces were deployed and fighting along Ethiopia’s border.

These latest strikes in Eritrea came on the same day the ruling party in Tigray, the Tigray People’s Liberation Front (TPLF), claimed rocket attacks on two airports in a separate region of Ethiopia.

The attacks exacerbated concerns that a conflict Ethiopian Prime Minister Abiy Ahmed has vowed would be quick and contained could instead snowball and destabilise the broader Horn of Africa region.

Abiy, last year’s Nobel Peace Prize winner, announced November 4 he had ordered military operations in Tigray in a dramatic escalation of a long-running feud with the TPLF.

Hundreds of people are reported to have been killed in the conflict in Africa’s second most populous country, some in a gruesome massacre documented by Amnesty International.

Thousands have fled fighting and air strikes in Tigray, crossing to neighbouring Sudan.

“The reports we’re getting indicate that several of the rockets hit near the airport” in the Eritrean capital Asmara, one diplomat said.

It was not immediately clear how many rockets were fired, where in Tigray they were fired from, whether they hit their targets or what damage they inflicted.

Tigray has been under a communications blackout since the conflict began, and calls to Asmara were not going through Saturday.

There was no immediate response from Eritrea or the TPLF, which are bitter foes.

The TPLF dominated Ethiopian politics for nearly three decades and fought a brutal 1998-2000 border war with Eritrea that left tens of thousands dead.

Abiy came to power in 2018 and won the Nobel prize the following year in large part for his effort to initiate a rapprochement with Eritrea.

The federal government acknowledged that “the airport areas have sustained damages”, while a doctor said two soldiers were killed and up to 15 injured.

“Yesterday evening we’ve inflicted heavy damages on the military components of the Gondar and Bahir Dar airports,” Getachew Reda, a senior member of the TPLF, said in a statement Saturday, referring to the affected cities.

Military officials have vowed to keep the conflict contained in Tigray, and Abiy has repeatedly promised a quick, decisive victory.

But Amhara and Tigray are embroiled in long-running disputes over land along their shared border that analysts worry could draw Amhara into the conflict.

Thousands of Amhara militiamen have already headed towards Tigray to fight alongside federal forces, according to local security officials.

Describing the airport attacks, one resident of Bahir Dar told AFP there were “two heavy explosions around 10:50 pm”.

“After that there was gunfire for 15 minutes, and then it went quiet,” the resident said.

Abiy’s government has said the TPLF needs to be disarmed before negotiations can begin, frustrating world leaders who are calling for an immediate cessation of hostilities.

Abiy on Friday declared the TPLF was in the “throes of death”, but the party has vowed to fight on.

Tigray’s communications blackout has made it difficult to assess competing claims about the fighting.

But there is little doubt the region faces a grave humanitarian crisis, UN officials say.

Gebremichael has said hundreds of thousands are displaced within the region, along with the thousands who have already reached Sudan.

UN humanitarian coordinator Catherine Sozi has warned the communications blackout and road closures have made it hard to reach the most vulnerable.

The international body is lobbying the government for full humanitarian access.

Since Abiy took power, the TPLF has complained of being sidelined and scapegoated for the country’s woes.

The feud grew more intense after Tigray went ahead with its own elections in September – defying a nationwide ban on all polls imposed because of the coronavirus pandemic – and tried to brand him an illegitimate ruler.