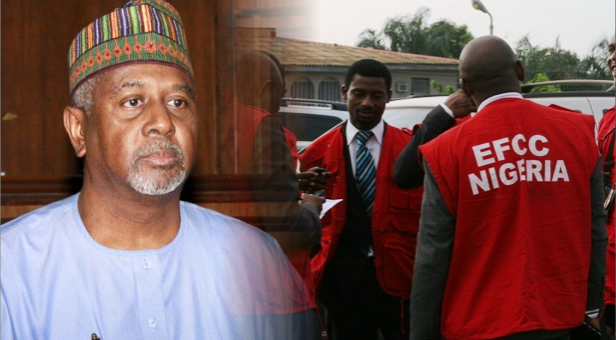 An investigative officer with the EFCC, Adariko Michael revealed this while testifying before Justice Husseini Baba-Yusuf of the Abuja federal high court on Tuesday.

The case involves a 32-count charge of diverting $2 billion arms purchase fund brought against the defendants by the EFCC.

Dasuki, Baba-Kusa, Acacia Holdings Limited, and Reliance Referral Hospital Limited are all listed in the case bordering on misappropriation and criminal breach of trust among others.

Michael who testified before the judge, claimed that on different occasions, funds were sent from a special account of the NSA to the other defendants.

“Between September 27, 2013, and April 16, 2015, N50 million was credited to Reliance Referral Hospital’s account,” NAN quoted the EFCC official as saying.

“Based on responses from the banks involved, we found out that money was transferred to several individuals and companies.

“When we went through the account statement, we asked the second defendant (Aminu Baba-Kusa) the reason for this. He informed us that the money was used to hire clerics to pray for the nation as regards the Boko Haram crisis.

“When we asked him to provide the names, contacts and phone numbers of the clerics he hired to pray for the nation, he mentioned only two.”

The case has been adjourned till November 11 after the judge listened to the submissions by the EFCC.