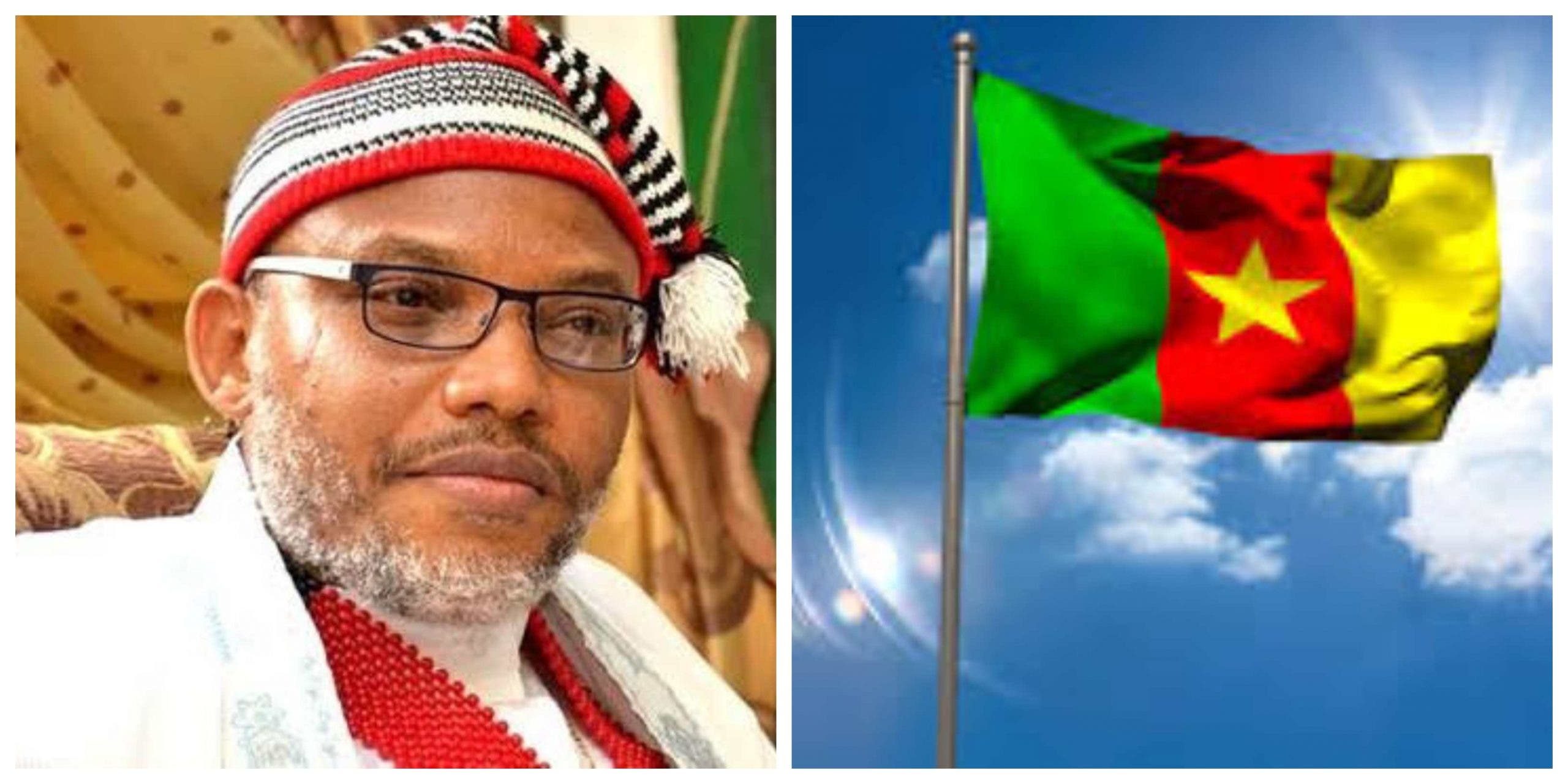 Nnamdi Kanu, the leader of the Indigenous People of Biafra (IPOB), is from Cameroon and does not speak for Igbo people, an Igbo group has said.

The Igbo group, identified as Industrious People of Eastern Nigeria (IPEN) asked Nigerians not to take statements credited to Kanu seriously as he is from Cameroon in reaction to a statement credited to the Rivers State Governor Nyesom Wike.

This online news platform recalls that Governor Wike had in one of his statements in response to the unrest in Oyigbo Local Government Area of Rivers State where IPOB members were accused of killing security agents, wondered why Igbo people allowed criminals to speak on their behalf.

Reacting to the statement of the Rivers Governor, IPEN stated that its members will no longer allow a man (Nnamdi Kanu) whose genealogy has been traced to Southern Cameroon to continuously cause disaffection between them and other ethnic nationalities.

The group in a statement distributed by Mediashop Naija claimed that Nnamdi Kanu’s grandfather settled in Rivers state and later Afara Ukwu in Abia state in 1909.

The claim by IPEN, this online news platform, however, doubts its authenticity as Kanu’s father, Eze Israel Okwu Kanu, was, until his death last year, the traditional ruler of Isiama Afara, a community in Umuahia, Abia State.

The Igbo group, however, expanded its claim: “His settlement in both places explains why activities of the proscribed group is prevalent in Rivers and Abia states respectively”, IPEN claimed in a statement by its South-East coordinator, Nwabueze Okoye.

IPEN said: “The character and traits exhibited so far by the IPOB leader in the quest for his Biafra, clearly shows that he is not Igbo.”

Read the full statement by IPEN

“The systematic infestation of the southeastern region with Nnamdi Kanu’s victim mentality is worrisome and has to be checked.

“Igbo people are not cowards neither are we timid. We are naturally daring. The Igbo man does not run away from problems rather he is constantly in search of solutions.

“We do not run away from challenges, we compete and naturally dominate.

“Nnamdi Kanu wants Biafra simply because he lacks the mental, physical, and emotional capacity required to succeed in a competitive society as ours.

“This personal lack of self-confidence and feeling of powerlessness which Nnamdi Kanu has systematically tried to pass on to our youths is un-Igbo like and must be stopped.

“After the civil war, the Igbo man was left with nothing. Our abandoned properties in other parts of the country were taken over by people who never worked hard for it.

“We had to build our region from the scratch and today we have the biggest and most thriving economy among other ethnic groups in Nigeria.

“We have dominated trade and commerce in Nigeria and beyond. Neither Nnamdi Kanu nor his lineage has contributed to the economic growth of the Igbo people.

“The Igbo man who has lived all his life doing business in Maiduguri did not tell you he wants to return. Neither did the one that owns fuel stations and other properties in Damaturu tell you he is not comfortable.

“But Nnamdi Kanu wants them to abandon their sweat and return to the East where he expects to Lord it over them.

“He has no verifiable business or source of income anywhere in the world but wants to create problems for those with businesses in Lagos.

“The South-East remains the most developed among all regions in the country not because of Government presence but as a result of the industrious nature of the true Igbo man.

“Nigeria has its peculiar challenges, obstacles, and limitations like can be found in many other societies.

‘But the Igbo man has made it a habit to break these barriers and succeed everywhere we find ourselves.

‘Igbo people have excelled in all spheres of human endeavor in all parts of the world.

‘We have captains of Industries, sportsmen and women, people in the entertainment industries, academics of Igbo extraction that have left indelible footprints in the sands of time all over the world.

‘How do you imagine a tribe that produced the great Nnamdi Azikiwe, Chukwuemeka Odumegwu Ojukwu, Sam Mbakwe, the novelist and author of “Things Fall Apart”, Chinua Achebe, Philip Emeagwali, Prof Chuba Okadigbo, the former Secretary-General of the Common Wealth, Emeka Anyaoku, Chimamanda Ngozi Adichie, Late Prof. Dora Akunyili and Dr Ngozi Okonjo-Iweala among others would have Nnamdi Kanu as its spokesperson?

“Nnamdi Kanu has not even achieved what the likes of Christian Chukwu, Chioma Ajunwa, Kanu Nwankwo, Mikel Obi, Peter and Paul of Psquare, Flavour and Phyno achieved in the world of sports and entertainment to put him in a pedestal to speak for Ndi Igbo

READ  Melaye Promises To Make Himself Available To Police

“All these people to mention but a few excelled within and outside the same Nigeria that Nnamdi Kanu could not.

“According to the group, “Nnamdi Kanu does not possess the necessary qualifications required to speak and cannot be said to be speaking for Ndi Igbo.

“The group blamed the leadership vacuum created by greedy politicians in the South-East as the reason Kanu roamed the region unchecked.

“The group concluded by saying, that their primary objective was to fill up that vacuum and re-awaken the “can do” spirit of the Igbo man to enable the people take their pride of place in the Nigerian body-polity.”