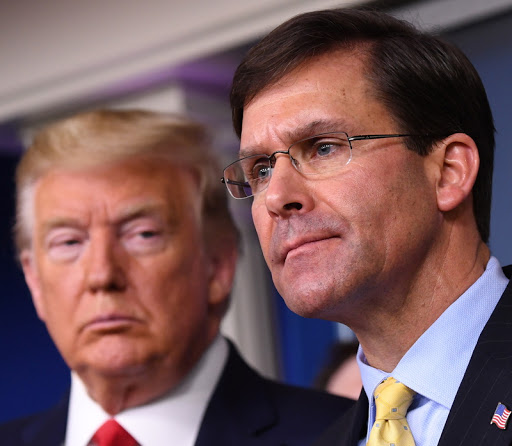 The outgoing President Donald Trump announced the sacking of Pentagon chief Mark Esper on Monday, he said on Twitter. Christopher Miller, who until now headed the National Counterterrorism Center (NCTC), immediately takes over.

“Chris will do a GREAT job! Mark Esper has been terminated. I would like to thank him for his service.” the US president unceremoniously tweeted, two days after the media announced his loss to Joe Biden in the US presidential election.

Esper and Trump had disagreed for a long time. In June, the two men had a dispute over the deployment of the army during the protests following the death of George Floyd.

Since that date, Mr. Esper’s loss of influence had become palpable and he had disappeared from the screens, no longer giving interviews and giving only pre-prepared speeches.