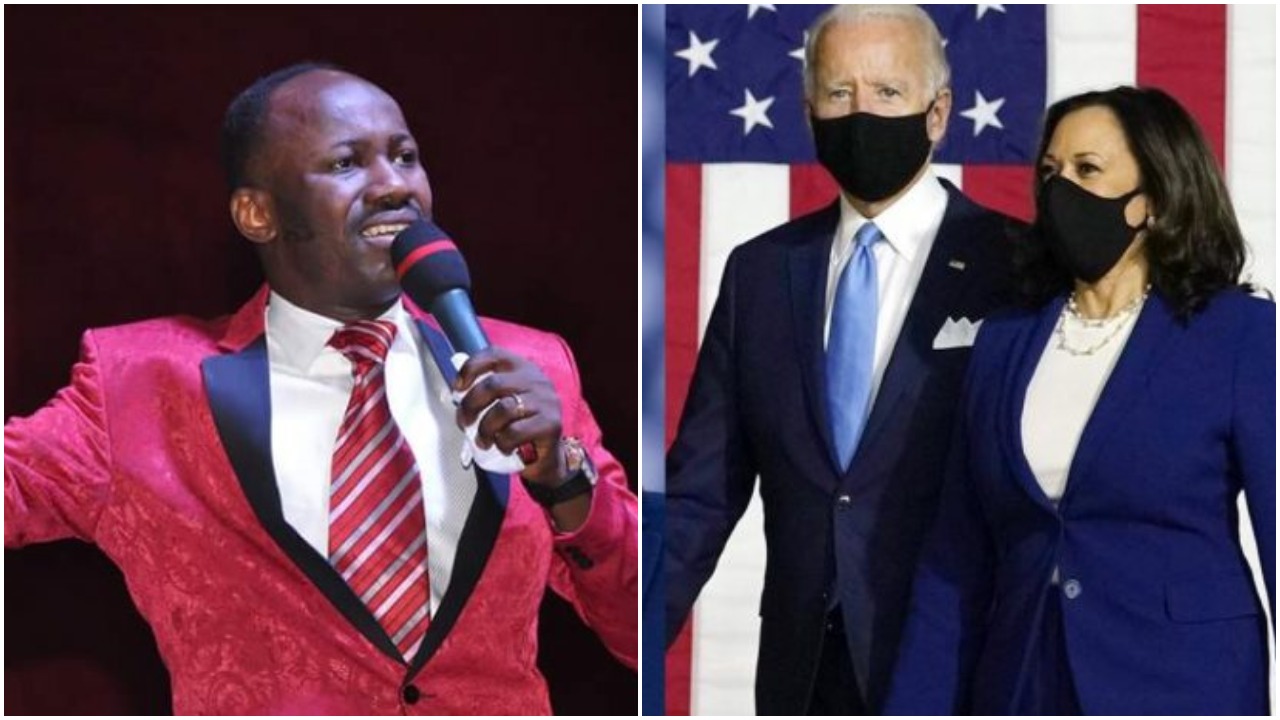 Popular prophet Apostle Johnson Suleman has predicted that newly elected President of the United States Joe Biden would be impeached.

A video online showed the popular cleric predicting the outcome of the just concluded election.

In the viral video, he said that the US will have its first female Vice President and that Americans will massively support President Donald Trump’s opponent, Joe Biden.

According to Apostle Suleman, Biden’s deputy Senator Kamala Harris would succeed him at the White House Oval office.

In the video recorded in March 2020, Apostle Suleman said Biden would be made a mockery of and Harris will be President.