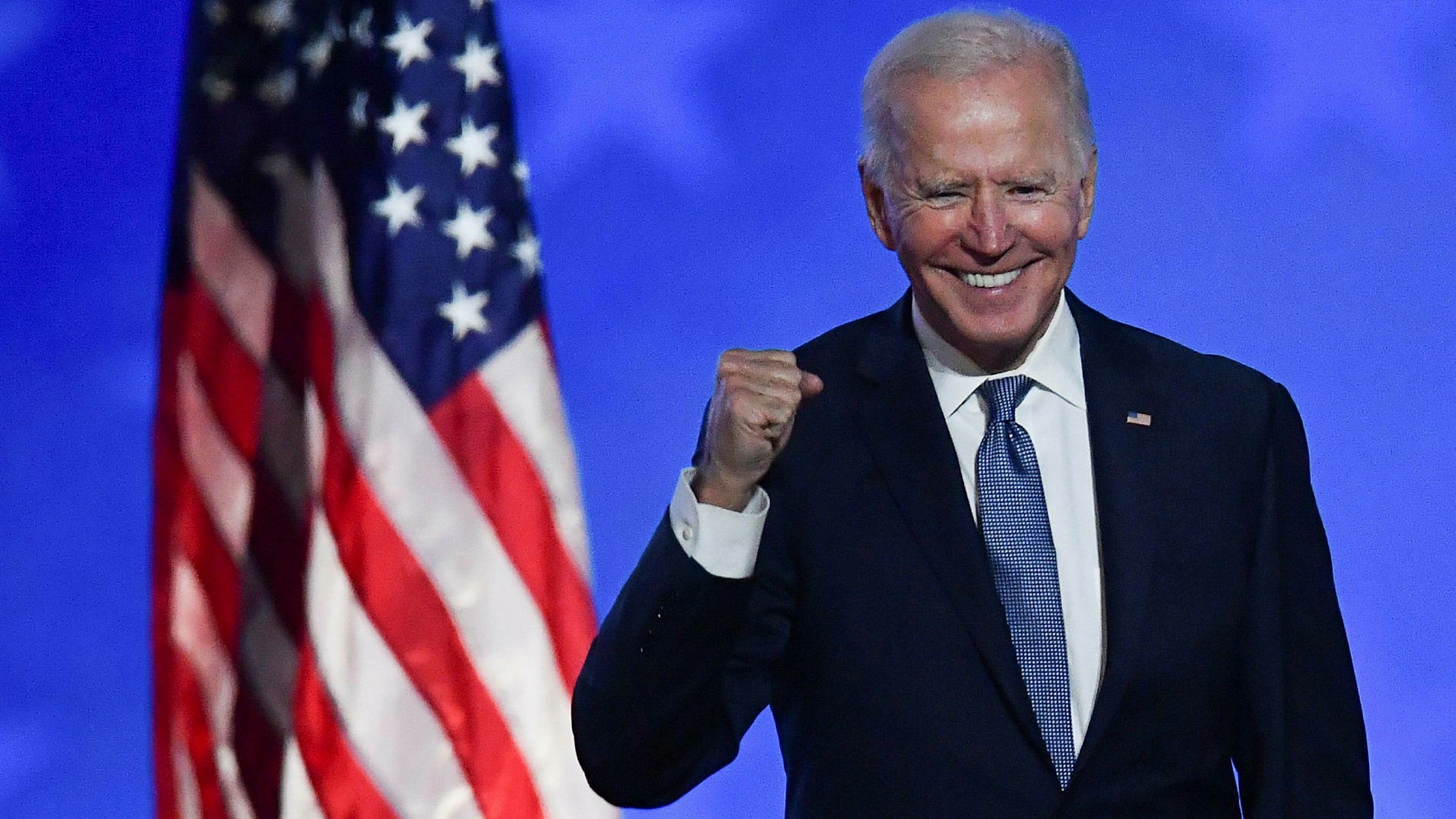 Former U.S. Vice President Joe Biden, the projected winner of the U.S. presidency, pledged to be “a president who seeks not to divide, but unify” the country during an address to the nation Saturday night from Wilmington, Delaware.

Biden urged his supporters to reach out to those who didn’t vote for him, and he acknowledged the disappointment of those who support President Donald Trump.

“I’ve lost a couple times myself,” Biden said. “Now, let’s give each other a chance.”

The president-elect also announced that on Monday he will launch a COVID-19 task force “built on bedrock science” to begin the work of getting control over the pandemic, which Johns Hopkins University data says has infected more than 9.8 million Americans and killed more than 237,000.

A fixture in Washington political circles for nearly a half century, Biden is to be inaugurated January 20, along with Vice President-elect Kamala Harris, currently a U.S senator from California.

Mr Biden was introduced on Saturday night by Ms Harris, the daughter of immigrants who will be the first woman, first African American and first Indian American to serve as vice president.

“When our very democracy was on the ballot in this election, with the very soul of America at stake and the world watching, you ushered in a new day for America,” she said to the cheers of the socially distanced outdoor crowd.

She thanked the voters across the nation for turning out in record numbers and delivering a “clear message: you chose hope, unity, decency, science and, yes, truth,” she said. “You chose Joe Biden as the next president of the United States.”

Ms Harris wore white in tribute to women’s suffrage and opened her remarks with a tribute to late Georgia Congressman John Lewis, a civil rights champion. She also paid tribute to her mother, Shyamala Gopalan Harris, and the generations of women who came before her.

“While I may be the first woman in this office, I will not be the last,” she said. “Every little girl watching tonight sees that this is a country of possibility.”

Mr Biden, a Democrat who served 36 years in the U.S. Senate and eight years as second in command to former President Barack Obama, was projected as the winner of the U.S. presidency earlier Saturday, after news organisations determined he had gained an insurmountable lead in the vote count in the state of Pennsylvania.

That state’s 20 votes in the Electoral College put him over the threshold of 270 electoral votes needed to claim the presidency. Hours later, he was projected to have also won the state of Nevada.

The results in each state will not be certified for up to 30 days and are subject to court challenges, but they are expected to stand.

Across the country, his supporters exploded with joy at the news of Biden’s victory, honking car horns in Biden’s home city of Wilmington, Delaware, and pouring into the streets across the nation. A large crowd of celebrants danced and sang in the street in front of the White House in Washington.

The projection followed four days of suspense during which officials in a half-dozen states tabulated millions of mail-in ballots sent by voters who had wanted to stay away from polling stations for fear of contracting the coronavirus.

Trump was arriving at his golf course outside Washington when the announcement was made by all major news organisations, including the usually supportive Fox News. Trump’s campaign immediately issued a statement challenging the projection and insisting it will continue to fight through the courts to reverse the result.

“We all know why Joe Biden is rushing to falsely pose as the winner, and why his media allies are trying so hard to help him: they don’t want the truth to be exposed. The simple fact is this election is far from over,” the statement began.

“Joe Biden has not been certified as the winner of any states, let alone any of the highly contested states headed for mandatory recounts, or states where our campaign has valid and legitimate legal challenges that could determine the ultimate victor,” it said.

On Monday, the statement continued, Trump’s campaign “will start prosecuting our case in court to ensure election laws are fully upheld and the rightful winner is seated.”

The election outcome remains subject to recounts in states where the result was very close – usually less than half a percentage point – and a flurry of court challenges from Mr Trump and his Republican party, who allege voting irregularities.

So far, those challenges have been treated skeptically in the courts and the U.S. Supreme Court – where Republican appointees hold a 6-3 majority – has been reluctant to overrule the states’ election decisions.

The U.S. employs an indirect form of democracy, not a national popular vote, to pick its leaders. The outcome is effectively decided in state-by-state elections throughout the 50-state country and the national capital, Washington, D.C. The winner needs 270 or more electoral votes in the 538-member Electoral College.