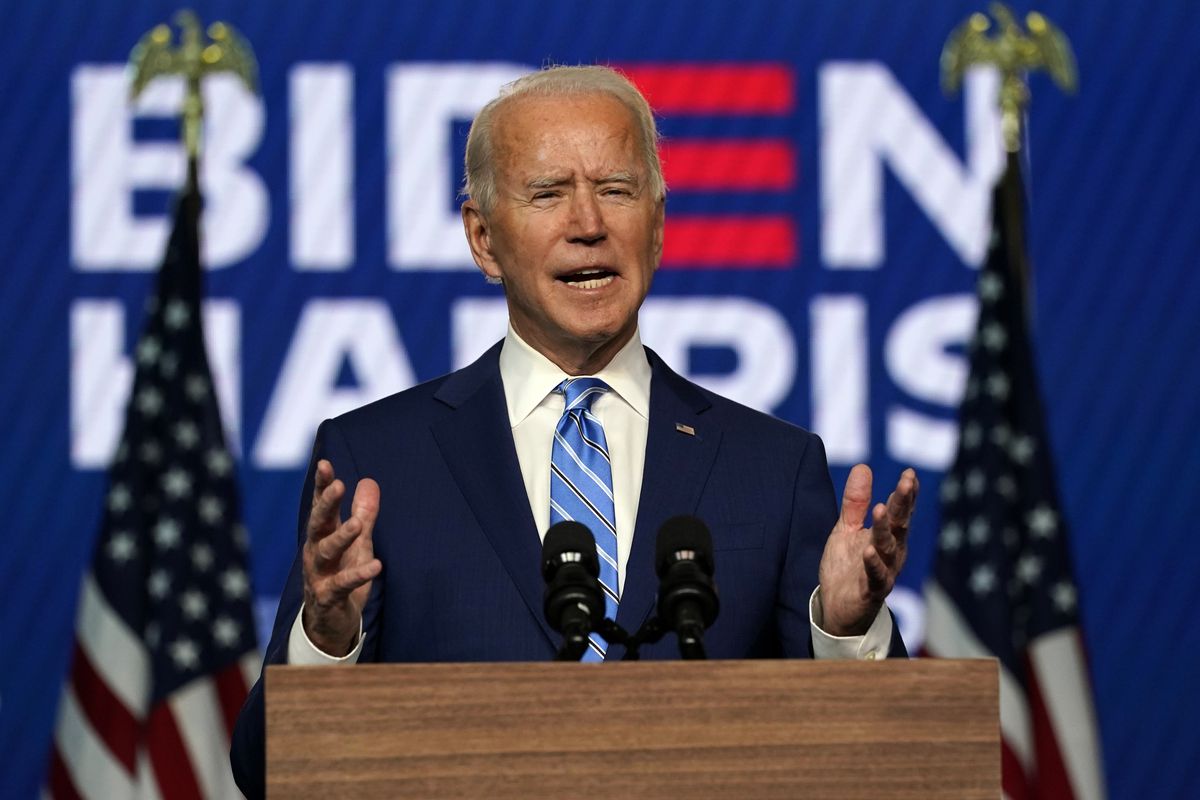 Democratic candidate Joe Biden got closer to the gates of the White House on Wednesday after victories in two key states against Donald Trump, who for his part engaged in a real judicial guerrilla war.

With Wisconsin and Michigan in his pocket, second and third states taken from Donald Trump with Arizona, Joe Biden now has 264 voters. If he wins Nevada (6), he would reach the magic number of 270 to become the 46th President of the United States.

Several other key states were also still undecided. In Pennsylvania (20 major voters), Donald Trump had more than 220,000 votes in total on Wednesday, but his lead could melt after taking into account ballots sent by mail. Those already counted were in majority for Joe Biden.

For the first time since 2000, Americans did not know the name of their next president (who will be sworn in on January 20, 2021) the day after the poll.

“I came to tell you that when the count is over, we think we’re going to win,” Joe Biden said in a brief address at his home in Wilmington, Delaware.

Once the result is known, it will be time “to put the aggressive speeches of the campaign behind us”, he continued, posing as a unifier of a battered country. “To move forward, we must stop treating our opponents as enemies. “

Donald Trump’s campaign team has announced a first judicial offensive in Wisconsin, won by Joe Biden with a difference of less than 1% according to almost complete results, according to several American media.

Republicans want to demand a recount of the votes and have asked a local judge to reconsider the ballots already counted.

They also filed an appeal to have the counting suspended in the key state of Pennsylvania, the outcome still uncertain. “We are taking legal action to suspend the count pending more transparency,” said Bill Stepien, Mr. Trump’s campaign manager.

The president himself had threatened on the night of Tuesday to Wednesday, in a confused speech, to seize the Supreme Court, while remaining evasive on the grounds.

The American electoral system is also weakened by a persistent campaign of disinformation. His lieutenants were starting to spread rumours on social media and the airwaves about cheating and irregularities.

The Organization for Security and Cooperation in Europe (OSCE) on Wednesday criticized the US president’s “unfounded allegations” about the election.

“Our democracy is being tested in this election,” said Pennsylvania Governor Tom Wolf, calling for patience.

At the end of a long campaign of exceptional virulence, disturbed by the pandemic, the partial results show that Donald Trump did not suffer the electoral repudiation that the polls predicted, proving that even if he was beaten, his base of voters remains largely loyal to him.

The billionaire denounced a failure of “historic” magnitude among pollsters.

“Last night I had a good lead, in many key states,” Donald Trump tweeted Wednesday morning. “Then, one by one, they began to magically disappear with the appearance and count of surprise ballots. “

Last night I was leading, often solidly, in many key States, in almost all instances Democrat run & controlled. Then, one by one, they started to magically disappear as surprise ballot dumps were counted. VERY STRANGE, and the “pollsters” got it completely & historically wrong!

We won't rest until everyone's vote is counted. Tune in as my campaign manager @jomalleydillon and campaign adviser Bob Bauer give an update on where the race stands. https://t.co/Rwz4iR25B3

“We will not give ourselves a break until every ballot is counted,” tweeted former vice president Barack Obama.

Never before have so many Americans participated in the presidential election: 160 million voters voted, an estimated turnout of 66.9%, up from 59.2% in 2016, according to the US Elections Project.

Many states have been overwhelmed by the deluge of mailed bulletins, encouraged by the health crisis. Opening the envelopes and scanning these ballots will take several days in some cities, especially in Philadelphia, a Democratic stronghold.

And if justice got involved, as in 2000, “it could last for weeks,” Ed Foley, an electoral law specialist at Ohio State University, told AFP on Wednesday.

But even among Republicans, the president’s threat to take legal action was shocking.

“Stop. The votes will be counted and you will either win or lose. And America will accept that. Patience is a virtue.” tweeted Republican MP Adam Kinzinger.

Whatever happens, the next president will have to deal with Congress.

As was widely anticipated, the Democrats retained control of the House of Representatives, but the chances of a Senate shift to the Democratic side dwindled after the re-election of several Republicans.