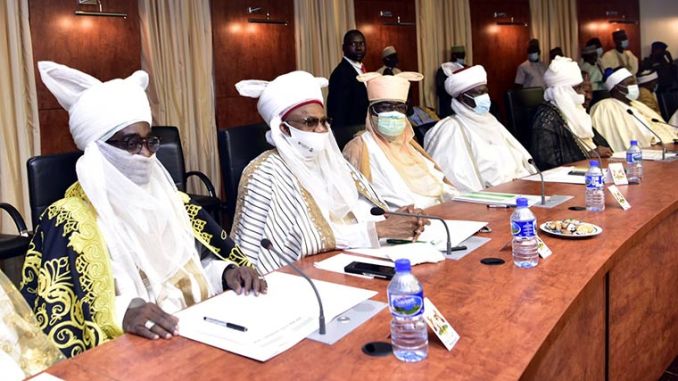 The decision by northern governors to support social media regulation has been greeted with serious condemnation.

Northern governors advocating for the regulation of social media have been lambasted by a northern group – Coalition of Northern Groups, on Thursday,

The group expressed dismay over the decision of the Northern governors and other stakeholders in the just concluded meeting in Kaduna to back regulation of social media.

The group wondered why large personalities like the Northern Governors’ Forum, traditional rulers and other well-known personalities gathered to discuss issues like ENDSARS, and social media regulations, while more important issues bedeviling the northern region and the nation as a whole were left unattended.

According to the statement signed by the spokesman of the group, Alhaji Abdul-Azeez Suleiman, the group was not comfortable with the decision of the Northern Governors’ Forum and other stakeholders.

He said the gathering of such personalities should have discussed issues related to poverty, unemployment, insecurity, youth restiveness, among other pressing issues.

They expressed disappointment that such meeting could not arrive at a decision beneficial to the general masses.

“We are disappointed that such a meeting should lack the courage to make clear pronouncements on the unprovoked attacks on northerners and their properties at a time when their southern counterparts are proposing claims of trillions of Naira in compensation for their people,” the statement said.

The statement added that they are equally dismayed that the meeting, “lacked the requisite statesmanship to define the northern position with regards to the falsified reports around the fictitious attacks on Lekki protesters that is causing the nation international worries.

“It is disappointing that the meeting felt to see as priority the need to send a delegation to ascertain the extent of damage and to console the affected northerners in the southern states.”

The group said they were disappointed that the meeting did not have the blessings and presence of “like minds” to discuss issues on how to compensate innocent northerners who were victims of the recent ENDSARS protests.

They hoped that in future, the northern governors and other stakeholders would accommodate Civil society and patriotic Nigerian youths that will make useful suggestions regarding the plight of Nigerians.